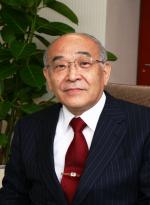 In sharing my thoughts at the start of the year 2012, let me first take this opportunity to extend my greetings and wish you a happy New Year as President of Meiji University.

Last year, Meiji University celebrated its 130th anniversary, and with your understanding and cooperation we were able to carry out all events as scheduled under the basic concept of "to the world." It was a memorable year in which we shared our viewpoint that the type of people needed in the international community in the 21st century would be individuals who take into consideration the history and culture particular to each country, while maintaining a global perspective and being able to understand the current situation as it pertains to society. Envisioning a world twenty years from now, when the students of today will hold important positions and take an active role in society, we declared our commitment to fostering such individuals.

On the other hand, due in no small part to the Great East Japan Earthquake, it was a year in which Japan faced difficulties in various fields, to the extent that it could be called a national crisis, and the nation explored paths for the rebirth of Japan. Without a doubt, we are at a historical turning point comparable to the Meiji Restoration or the postwar reforms.

Against this backdrop, the media reports that the word kizuna (bonds or solidarity) was chosen as the word of the year reflecting the social situation of 2011. In relation to the Great East Japan Earthquake, the support shown by the world was the embodiment of the idea that we are approaching an era in which the world's citizens cross borders to exist together in harmony, and this support strongly impressed upon people the kizuna of the world. I believe that acquiring this common perception also succeeded in sending out a message to the young people who will take on the future.

The world currently faces various issues, such as the escalation of regional conflicts, the Arab Spring, credit problems surrounding the euro, etc., which are worsening. I believe that these events are proof the world is moving toward new values and a different axis.

This year is the year of the dragon. I hope that it will be a year that will be a precious one for all of us. Darwin's theory of evolution states that “It is not the strongest of the species that survives, nor the most intelligent that survives. It is the one that is the most adaptable to change.” Meiji University will devote its utmost efforts to become a leading university and foster individuals who can respond flexibly in any era, who will not lose sight of their goals no matter what difficulties they face, and who can push forward and pioneer a new era.

In closing, let me wish you continued good health and happiness.