The events leading up to the foundation of Meiji University 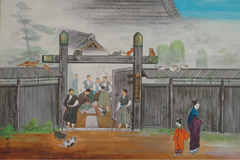 Tatsuo Kishimoto, Kozo Miyagi, and Misao Yashiro founded the Meiji Law School, the predecessor of Meiji University. All three were born in the Kaei era, between 1848 and 1853, to lower-class samurai families. Kishimoto was raised in Tottori, Miyagi in Tendo, and Yashiro in Sabae, all rural areas far away from the capital.

After the revolution ending the Tokugawa shogunate, they were selected to study in Tokyo at the behest of the newly formed Meiji Government. They met each other at the Meihoryo (the Meiji Law Residence, later to become the Ministry of Justice Law School), which had been established with the purpose of quickly developing judicial officers. At this school, the three young men studied French law under the supervision of the famous French jurist, Boissonade, and other foreign teachers, after which they each went their own way. Kishimoto and Miyagi went to study in France, the former becoming a justice and the latter a public prosecutor after returning to Japan. Yashiro secured a position in the House of Elders, the legislative branch of the government, and as such was in charge of the education and administration at such private law schools as the Kohogakusha (founded by Doryu Kitabatake).

The foundation of the Meiji Law School 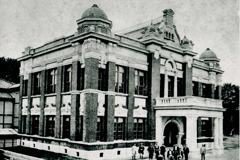 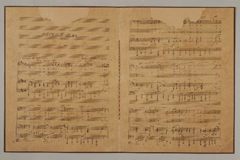 Although their functional duties were different, the three, who had been close friends ever since their days at the Ministry of Justice Law School, shared the aspiration of creating full-fledged, modern legal education in Japan.

A number of students of the Kohogakusyha, who had become discontent with the administrative policies of the founder, left the school. About a dozen of them formed a study group in a treatment house in Kanda-Ogawamachi. This group turned to Kishimoto and Miyagi, who had both formerly lectured at the Kohogakusha, to establish a new law school. Kishimoto and Miyagi involved their friend Yashiro, who had always been popular with the Kohogakusha students, and together they submitted a request to the Tokyo government for the establishment of a private law school. The new law school was completed on January 17th 1881, near the Sukiyabashi-bridge in the old Kojimachi-ward, on the site where the residence of the lord of the Shimabara feudal clan had once stood. Being founded in the midst of the freedom and people's rights movement, the Meiji Law School based its philosophy of education on the libertarian principles of the French legal system, with "freedom and civil rights" as its guiding principles.

The school struggled with financial difficulties, but at the same time saw a rapid increase in the number of applicants wishing to study at the school. The Meiji Law School soon became too small to accommodate all students, and on December 11th 1886 the school moved to a new building in Kanda Kogamachi. The school, however, was repeatedly faced with new difficulties. At one point a special ordinance placed the school under the control of the Imperial University, and at another it was designated to be merged with other private schools, as part of what is known as the government's "private school destruction" policy. The Meiji Law School, which strongly advocated "freedom and civil rights", was one of the main targets of this campaign. Another cause of confrontation was the advocacy of French law by the Meiji Law School and other schools, in defiance of the national policy, which advocated German and British law. The climax of this conflict was the dispute over the enforcement of the civil code, a battle that was lost by the schools that promulgated the French legal system.

From the University Establishment Ordinance to subordination to wartime policies 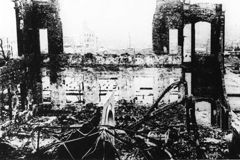 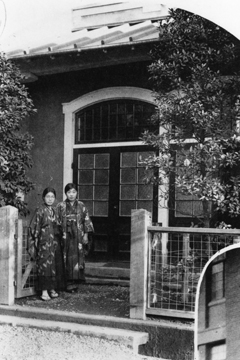 The Meiji Law School was granted university status by the University Establishment Ordinance on April 1st 1920, and was renamed Meiji University. This, however, was achieved only after a long struggle and with a tremendous amount of effort to clear such hurdles as the proposal and conferment of the degree of Bachelor of Law, the authorization of "Meiji University" as a professional school, the development of the Schools of Law, Commerce, Politics, and Arts and Letters, the transfer to the Surugadai area, and the fund-raising campaign to support its promotion to university status. Meiji University was able to finally achieve university status through the strenuous efforts of its staff, students and alumni.

A new movement became apparent at this new campus, which saw young and spirited professors who had studied abroad, considerable numbers of foreign students, students eulogizing the Taisho democracy movement, and at times even campus riots. In the spirit of opposition and rebellion, swaying at times to the left and then again to the right, the school struggled for better or for worse, until it was devastated in the Great Kanto Earthquake of September 1st 1923.

Immediately after the tragedy, the school's staff, students and alumni rushed to the burnt-out campus to clear the ruins and start reconstruction work. Thanks to these efforts, the complete restoration of the university could be celebrated in a ceremony in the Memorial Hall as early as April 21st 1928.

Soon, however, economic depression, military expansion and terrorism cast a dark shadow on society. Meiji University could not avoid being involved in fascism and the war regime, in particular the Pacific War. The establishment of courses teaching the national policy for the rise of Asia and the mobilization of students for labor and war are typical examples of this involvement. On the other hand, however, a number of positive aspects, such as the expansion of women's education, the promotion of sports, and the move of the preparatory divisions to the Izumi Campus, should not be ignored.

From the post-war reconstruction to the present 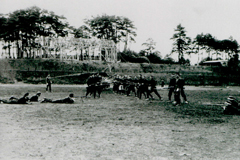 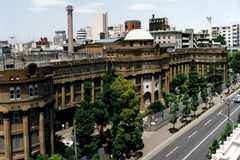 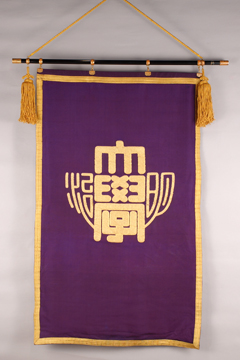 As a result of post-war reforms, Meiji University started anew as a four-year university authorized under the new system on February 21st 1949. The University consisted of six colleges: the Schools of Law, Commerce, Political Science and Economics, Arts and Letters, Engineering, and Agriculture, to which the Evening Divisions were added on the 25th of the following month. Like the social environment of the time, the climate at Meiji University was marked by turmoil and confusion. But at the same time there was an atmosphere of hope and spirit, aimed at the creation of a modern university.

With the establishment of the Ikuta Campus, the expansion of the Graduate School, the founding of the School of Business Administration, and construction of new school buildings, a new period of growth had come. The augmentation of such programs and facilities proceeded rapidly, but in the 1960s demands started being made within the campus for qualitative reforms. These led to the Tenured Faculty Alliance Revolution, unrest around the tuition issue, and the formation of the All-Campus Joint Struggle Committee.