Meiji University was founded in January 1881 as the Meiji Law School by a group of young lawyers barely in their 30's: Tatsuo Kishimoto, Kozo Miyagi, and Misao Yashiro. It was an era characterized by Japan's urgent need to develop as a modern independent nation. The three founded the Meiji Law School in their fervent hope to "foster bright capable youths who would lead a modern civil society in Japan".

In addition to the Surugadai Campus, Meiji University also comprises the Izumi Campus, Ikuta Campus, and the Nakano Campus newly opened in April, 2013.

－ Mission －
To realize a free, peaceful, and prosperous society
through the development of knowledge and human resources 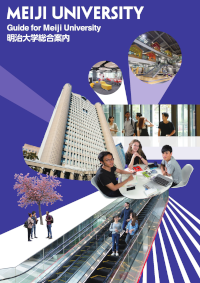 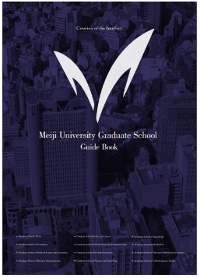