Classes for the Academic Year 2022 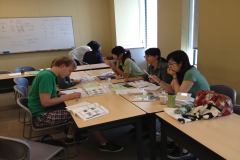 Participants Listening to a Lecture 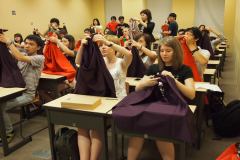 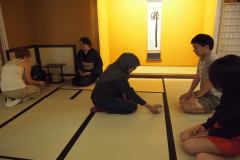 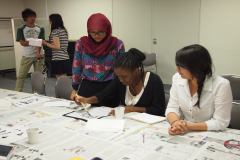 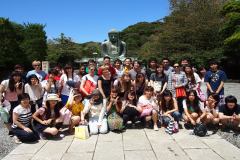 Field Trip(Kamakura)
The Meiji University Japanese Language Education Center held the Meiji University Japanese Language Program Summer 2012 over 18 days from July 23 to August 9, 2012. This was the third program of its kind and each time it attracts more participants. This time it brought together 31 students from 15 countries for a fulfilling program in spite of its short duration in an international atmosphere not unlike the Olympic Games held around the same time.

This program incorporates Japanese language classes, activities, and field studies. The Japanese language classes were divided into four classes: Introductory, Beginners 1, Beginners 2, and Intermediate classes, allowing the program to accept participants of all levels, from beginners who just started learning Japanese to those who major in Japanese in their respective countries. The classes offered lessons according to the students’ level with the goal of improving their conversational ability.

Aiming for a smooth implementation of the program, participants learning Japanese for the first time learned hiragana, basic greetings, and information about Japan and Meiji University before their arrival in Japan through the Japanese e-learning system (https://muc-portal.muc.meiji.jp/portal/contents/japaneseedu/) co-developed by the Japanese Language Education Center and the Ubiquitous College steering committee.

For hands-on activities, we incorporated many things that could be experienced in addition to the lectures. In addition to the kimono-wearing class, which has proved to be popular in every program, students had experiences unique to Japan, such as how to wrap furoshiki, tea ceremony, and making food samples. At the Honjo Bosaikan (disaster prevention center), participants experienced a mock disaster and learned about disaster prevention actions to take during disasters. In each activity, participants learned about Japanese culture and society while having fun.

Additionally, participants visited Kamakura—going to places such as Tsurugaoka Hachimangu, the Great Buddha at Kotokuin, and Hasedera—and enjoyed a day trip getting acquainted with the calm atmosphere and history of the ancient city, different from Tokyo.

This program features a system in which Japanese students at Meiji University fully back up participants as supporters. An environment is provided in which participants interact with Japanese students in everyday Japanese language through activities such as Japanese class conversation practice, Japanese language support during hands-on field activities and advice on day-to-day living. Japanese culture exchange activities led by Meiji University students were also held, and students interacted naturally with one another while experiencing Japanese culture such as karuta card games and Japanese calligraphy.

As an optional session this time, we held a workshop for those who were interested to create presentation contents along with Japanese students. Thirteen students participated in this session and they were divided into four groups to create presentations on Japanese food culture, young people’s fashion, and other aspects of Japanese culture. In spite of the tight schedule, each group cooperated to create unique contents that were uploaded onto the Internet (http://meijicommons.muc.meiji.jp/).

This program held for people who want to come to Japan and study Japanese even for just a short time emphasized actually using the Japanese language one experienced and studied. We intend to further round out the contents of the program in the future for it to be even more effective in Japanese language study.

(This program was selected for this fiscal year as one of the Student Exchange Support Programs (Scholarship for Short-Term Stay Program) by the Japan Student Services Organization (JASSO).)


<Voices of Participants>
Great program. I would love to come more and be part of Meiji University students.(from Malaysia)

The classes are very good. The teachers are very nice and patient with us, more since we don’t speak a lot of Japanese. This program let me improve my skills.(from Mexico)

Thank you for making my dreams to study in Japan come true!（from Malaysia）

It was really interesting and useful. Help me a lot in Japanese .(from Taiwan)

Thank you for this amazing experience! (from Netherlands)

It was great that we had real Japanese Culture experiences. （from China）

Tea Ceremony was the best field trip. I love the atmosphere! (from Netherland)

I learnt many things that I won’t be able to if I visit Japan on my own on holyday. (from Singapore)