[M’s Opinion] No. 20 - A Proposal on the Problems of Exclusion and Inequality 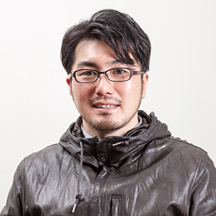 
How Can We Deal with Existential Anxiety?
Social psychology, my specialist field, is an academic field that researches every aspect of human behavior in society. The targets of social psychology include everything from cognitive biases in individuals thinking to methods for controlling emotion, interpersonal relations, economic behavior, human behavior within organizations, inter-group relations , and war and peace. Social psychology is characterized by attempts to understand these phenomena from the perspective of interaction between humans and the environment.
One theme I have a particularly strong interest in is human defensiveness. The main focus of my research has been the terror management theory. Terror management theory is posits that self-esteem, cultural worldviews and relationships with others function to assuage existential concern that arises from the realization of inevitability of one’s own death. The theory argues that for the sake of dealing with existential concern, people are driven to gain self-esteem, to claim that their own culture is in some way superior, and to maintain and form relationships with others. In other words, the terror management theory attempts to provide a comprehensive explanation for the social behavior of humans from the perspective of existential anxiety.
It has been shown in numerous experiments that thoughts of existential anxiety activate the pursuit of self-esteem (whereby the individual seeks to affirm the self), encourage a supportive and protective response to cultural worldviews (whereby the individual regards his or her own cultural values as good and seeks to identify with them), and promote a desire for relationships with others (whereby the individual seeks to build or maintain relationships with others). It has also been revealed that increasing self-esteem, believing that your own culture is good, and believing that you have good relationships with others reduces cognitive accessibility of death-related thoughts.

The Hidden Dangers of Protecting Cultural Worldviews and Pursuing Self-Esteem
The defense of cultural worldviews and the pursuit of self-esteem often create negative effects. Since there is no objective standard for superiority of cultural worldviews, individuals can only believe that his or her own cultural worldview is good through consensual validation. Therefore, mere existence of people who endorse different cultural worldviews becomes a threat to the validity of one’s own cultural worldview. In addition, denigrating outgroups and positively assessing your own group in comparison is a facile way of increasing self-esteem. For these reasons, when people become aware of existential anxiety they often seek to assess outgroups negatively and exclude them.
Empirical studies have repeatedly shown that existential anxiety leads to the exclusion of outgroups Furthermore, after the September 11 attacks, political conservatism, hate crimes, and discrimination against Muslims has increased in the United States. These findings and facts clearly indicate that defense of cultural worldviews can lead to serious social problems.
In Japan, aftermath of the 2011 Tohoku earthquake and tsunami, social phenomena arose that can be interpreted as being a consequence of the influence of existential anxiety. For example, there was a tendency of people refraining from carrying out a variety of activities that might have been seen as “inappropriate” in the immediate aftermath of the earthquake. Chain mail was sent urging people to save electricity even in regions where power savings would not result in more electricity being sent to the Tohoku or Kanto regions, and power saving was done regardless. These behaviors can be regarded as responses to demands for an agreement with a worldview of the time that was characterized by the idea of “social bonds”. Existential anxiety can also be considered to responsible for the fact that some parts of Japanese society saw an increase in calls for the expulsion of foreigners.

A Cultural Worldview of “Fairness” and the Rationalization of Inequality
Recently I have been particularly interested in the problem of “fairness”. Cultural worldviews cover numerous different value standards, but “fairness” can be regarded as one of the most important of these standards. Accordingly, existential anxiety could be expected to lead to calls for the realization of a fair society. However, the fact that, on the contrary, there are people who support ideas that bring about or maintain unfairness (examples include criticism of the recipients of welfare benefits or the imposition of traditional gender roles) suggests that people rationalize unfair situations.
The first example of such rationalization is forcing responsibility upon people in disadvantageous positions or a theory of self-responsibility. Arguments such as “Things may appear unfair at first glance but actually each individual is only receiving what’s right for him or her”. or “Inequality arises as a result of differences in the effort people make” are representative examples of this kind of rationalization. Rationalization that uses this theory of self-responsibility is problematic because it trivializes the problem of inequality and ignores the environmental factors that affect inequality.
Rationalization described above is straightforward and obvious. As a result, it tends to attract people’s attention and criticism and there is a greater likelihood of it being monitored by society and countermeasures being implemented. However, in recent years social psychological research has identified and investigated another type of rationalization that is more obscure and difficult to identify. That is, “complementary perception”. Complementary perception refers to a way of thinking whereby the existence of disadvantages is balanced out through the perception of advantages elsewhere. Examples of this way of thinking include, “economically impoverished people are richer spiritually” or “women aren’t as good as men at thinking logically but they have better interpersonal skills”. Complementary perception identifies advantages of a group and uses this as justification when disadvantages of that group are perceived. It has been shown that complementary perception leads to the belief that a type of balance has already been achieved, thereby creating the illusion that society is fair and reducing the motivation for attempting to rectify inequality.
This kind of rationalization of inequality is not only carried out by people in advantageous positions. It is also carried out by people in disadvantageous positions. If somebody believes himself or herself to be placed in a disadvantageous position for unjustified reasons, he or she loses a cultural worldview that includes fairness. As described above, cultural worldviews function to protect people from anxiety, and losing them is problematic. For this reason, people in disadvantageous positions often rationalize inequality and accept a disadvantageous position in exchange for maintaining the belief that the world is fair. On the other hand, for people in an advantageous position, rationalization of inequality is an extremely convenient device that allows them to maintain the belief that the world is fair, as described above, as well as to confirm their own superiority and provide them with self-esteem.

How Do We Tackle the Problems of Exclusion and Inequality?
For the very reason that problems such as the exclusion of outgroups, conflict between groups and the rationalization of inequality come about because people feel threatened by existential anxiety, or in other words because of people’s defensive nature, some people might imagine that it is possible to regard these problems as unsolvable. However, this is not the case. Existential anxiety can be controlled, not only through the use of cultural worldviews and self-esteem, but also through relationships with others. In fact, it is well-known that existential anxiety does not increase out-group derogation when people have an awareness of good relationships with others. In the same way, increased awareness of liberal values, a perception of common ground between outgroups and ingroups, and increased awareness of the challenges facing the whole of humanity have the effect of preventing existential anxiety from leading to the exclusion of outgroups. What these ideas have in common is that they do not distinguish between ingroups and outgroups and that they provide a perspective of social inclusion whereby others are seen as fellow human beings with something in common. There has been no direct research into the rationalization of inequality and future study is required, but I believe it would be possible to use similar methods to alleviate the problem of the rationalization of inequality. I believe that one possible strategy would be for people to learn that the exclusion of outgroups and the rationalization of inequality arise as a result of human insecurity and people’s defensive nature, and to replace this with a more productive protection response that adopts an approach of social inclusion.
Exclusion and inequality begin when a distinction is made between ingroups and outgroups. When we consider the fact that people tend to support ingroups even when group division is carried out based on essentially meaningless standards, we can begin to understand how vague the distinction between ingroups and outgroups really is. In other words, even people who are now in an advantageous position and are regarded by others as being part of an ingroup cannot know if or when they will come to be regarded as part of an outgroup, and thereby excluded and placed in a disadvantageous position. I believe that recognition of this risk is lacking. As long as people accept exclusion and inequality, they will have to live with this latent risk. In order to avoid such meaningless suffering, I believe we need to think hard about the problems of exclusion and inequality and work to alleviate these problems.

Topics of Research
The social psychology of defensiveness. In particular, the terror management theory, and judgments of fairness.

Reconstruction of the subjective temporal distance of past interpersonal experiences after mortality salience.Personality and Social Psychology Bulletin, 37, 687-700. (2011)

Effects of mortality salience on self-effacing attribution and anticipation for supportive attribution by close friends. The Japanese Journal of Experimental Social Psychology 49, 58-71 (2009)