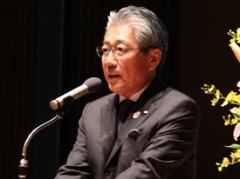 JOC President Takeda discusses the appeal of the Olympics 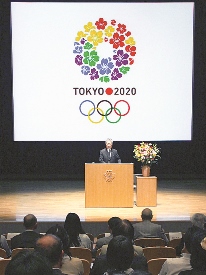 The Liberty Academy, Meiji University’s center for lifelong education, on April 12 hosted the exhibition lecture for the the 2014 academic year under the title “Preparing for the Tokyo Olympics and Paralympics” which was open to the public. An audience of about 500 people welcomed Japanese Olympic Committee President Tsunekazu Takeda and prepared for the buildup to Tokyo 2020.

【Liberty Academy】
The Meiji University Liberty Academy will host lectures at the four Surugadai, Izumi, Ikuta, and Nakano campuses and the Kurokawa Farm in the 2014 academic year, for the purpose of sharing Meiji University’s intellectual assets with society. The academy offers over 400 lectures annually supporting the academic pursuits of over 16,000 students.