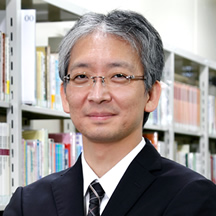 
The Time Has Come to Study How One Wants to Spend His or Her Final Years
Today medical and welfare systems are being restructured with a focus on the year 2025. This is because that is the year that the baby boom generation will have reached old age, and one in four members of society will be aged 75 or older. Today, many people in their 70s are all right. Society truly will face some challenging issues when the baby boomers reach their 80s and older beginning in 2030, a time that will be characterized by high death rates. Thus I believe that the time will come when many people will need to think seriously about how they and those they care about can die in happiness.
When the baby boom generation were young, few expected to live past age 80, because medical technologies had not yet advanced that far. However, today it is not unexpected to live to age 80, and even people in their final years are living extended lives to use gastric fistula if they can no longer eat or use of respirators if it is difficult for them to breathe. Since the job of medical professionals is to save lives, they seek to prolong life as long as possible, not just when combating disease but also in the face of ageing as well. But sometimes this is not what the patient would desire. The time has come that we need to prepare to study how to indicate one’s wishes on how to spend his or her final days and what to do when no such wishes have been indicated. But even though such end-of-life issues have become a subject of discussion, in fact consideration of them still has not advanced very far.

Using Law to Think of Medical Issues
My area of specialization is medical law. But there is no specific statute with the name of medical law like criminal or civil law. Medical law is a genre of law that considers the application of a variety of laws, such as civil and criminal law, the Medical Care Act, the Medical Practitioners’ Act, the Act on Public Health Nurses, Midwives, and Nurses, and the Health Insurance Act, to medical issues such as organ transplants, euthanasia, death with dignity, emergency medicine, and home care. It provides clues for thinking about people who suffer from medical issues and sometimes identifies the necessary guideposts for finding solutions.
Another distinguishing feature of medical law can be described as the way it often directly addresses human life and the stages of birth, aging, sickness, and death within the law. This covers not only the stages of human life from birth through death but also stages before birth and after death, for example when it looks at issues of assisted reproductive technology or organ transplants after brain death. My main research areas include medical issues related to aging, such as home healthcare and end-of-life care.

The Issue of Society’s Workers Being Diverted to Long-Term Care
While this issue is more concerned with the subject of welfare, today it is becoming more and more common that elderly people have to choose to receive care at home or in special nursing home for the aged, since long-term hospitalization is difficult under the health insurance system. Thus, they would receive care at home or in special nursing home for the aged from helpers or care workers. However, due to labor shortages it is difficult to secure such helpers or care workers, and most of the facilities are at full capacity and are not accepting new patients. Ultimately the patients’ family members need to provide care.
When we think about who provide long-term care for the elderly in the family members, we see that in most cases, such family members come chiefly from the generations of the elderly people’s children in their prime working years of their 30s through 50s. When men and women of these generations take time off form work or leave the workforce entirely to provide long-term care, it results in a substantial loss to society’s economic activity, one that even could lead to an economic downturn in the future. Not only is there an unending string of cases of attempted family suicides due to the difficulties in long-term care, but there even has been a case of an elderly person with dementia undergoing care at home who was run down by a train while wandering about, resulting in a claim for damages made by the railway company. When the elderly population swells to several million, is it not possible that if the existing system of care relying on family members remains in place then even greater social issues could arise?

The Real Crucial Point Will Be When the Post-Baby Boom Generation Reaches its 80s
The Ministry of Health, Labour and Welfare of Japan has identified a roadmap toward the year 2025. In 2014 it also has been enacted the law to develop a comprehensive community care system to realize this roadmap. But are not the worlds of politics, law, and economics, and society itself, moving toward shortsighted, easy solutions instead of looking at the essential issues that must be addressed to overcome these challenges? I feel that today, just as water flows toward lower ground, people are gravitating toward the easy way out. It may be true that this is an issue with no sense of reality or impending danger and one that, most of all, we do not want to think about, but hasn’t the time come to imagine the future realistically, think seriously about how we should face it, and take steady steps forward?
I believe that the society in which we live will come to a crucial point in the future. While the aging of the baby boom generation is a concern, I believe that the real crucial point will come when the post-baby boom generation (I also am in the generation) reaches its 80s. Systems in areas such as healthcare and pensions probably can be maintained in some way through the baby boom generation.Probably our society’s savings will be used up entirely on the baby boom generation. The baby boom generation gave birth to a post-baby boom generation almost as large in number as itself. But the same is not true of the post-baby boom generation.
What do we in the post-baby boom generation need to do to maintain our society? I believe that while of course we need to think about ourselves as well, we also need to leave to our children’s generation a world in which they can spend their final years with smiles on their faces. In the other words, we need to preserve the natural environment for future generations, we also need to preserve healthcare and welfare system for them.

A Place is Needed for Thinking About End-of-Life Issues
The time is coming when we will need to think seriously ourselves about the way in which we have to leave this world and what we need to leave behind. However, no place has been prepared for thinking about such subjects. It is important to investigate and think on one’s own about, for example, subjects such as the nature of the illness one might have, why a patient is asked to leave the hospital after one month’s hospitalization, why medical care costs are so expensive, and what kinds of documents are needed if one want DNR(Do Not Resuscitate). A place is needed for thinking about such issues.
Meiji University tentatively opened an ELM center in July of this year as a facility that both provides materials for researchers to use and is open to members of the general public who have such concerns. It plans to provide a variety of useful materials to people working in the healthcare field, patients, and their families, and to hold events such as seminars and discussions on end-of-life issues.

The ELM Center: A Source of Materials on Ethics, Law, and Medicine
ELM stands for Ethics, Law, and Medicine. This facility is a repository of materials and literature related to subjects such as medical law, bioethics, medical sociology, and health economics, based on the materials and literature collected over his lifetime by Prof. Koichi Bai, the founder of the field of medical law in Japan.

Main Activities:
1. Collecting and organizing a variety of materials, both old and new, from Japan and overseas on the subjects of medical law and bioethics
2. Access, lending, copying, and reference services for users from both within and outside the University
3. Communicating a variety of information related to medical law and bioethics
4. Studying and developing new infrastructures for research information
http://www.meiji.ac.jp/hogaku/elm/

Major Books and Papers:
“Gakusaiteki gakumon no ijihogaku: Ijihogaku no aidentiti wo motomete” (“Medical law as an interdisciplinary field: Seeking an identity for medical law”), in Yuichiro Sato and Tomoyo Konishi, eds., I to ho no kaiko dai-1-shu (“Encounters between medicine and law, vol. 1”), pp. 3-42 (Shogakusya, 2014)
“Iryo anzen to purofesshon: Minjiho no tachiba kara” (“Medical safety and the profession: From a civil law perspective”) Journal of Medical Law, vol. 26, 163-171 (2011)
“Ikoi wo meguru seidoronteki doko: Konnichi no kangoseido kaikaku no doko wo chushin ni” (“Systemic trends in medical practice: Centered on today’s nursing system reforms”), in Study of the Ways of the Public Law Discipline which Aims to Ensure the Security of Patient in Medical Care, Nursing and Nursing Care (2010)
“Konnichi no kyukyuiryo wo meguru hoteki shomondai: Hanso seido wo meguru mondai wo chushin ni” (“Legal issues in contemporary critical care: Centered on issues related to transportation systems”), Journal of Japan Society for Critical Care Medicine, vol. 23, pp. 31-35 (2009)
“Infomudo konsento” (“Informed consent”), in Katsunori Kai, ed., Bridgebook: Medical law, pp. 29-39 (Shinzansha, 2008)
“Keiyaku ni yoru fukushi to jigyosha no odaku gimu: Ishi no osho gimu wo ruihi shite” (“Welfare under contract and businesses’ duty of consent: As analogous to a doctor’s duty of consent”), in Makoto Arai, Miyo Akimoto, et al, eds., Fukushi keiyaku to riyosha no kenri yogo (“Welfare contracts and protection of users’ rights”), pp. 1-22 (Kajo, 2006)
“Iryo seido kaikau to kango no yukue (dai 1-3-kai)” (“Reforms to the medical system and the future of nursing [parts 1-3]”), Japanese Journal of Nursing, vol. 70, no. 10 pp. 938-942, no. 11 pp. 1046-1051, no. 12 pp. 1148-1154 (2006)
And others

The information contained herein is current as of October 2014.