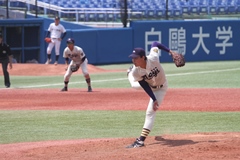 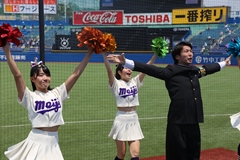 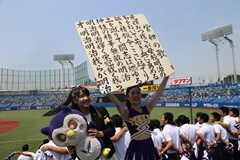 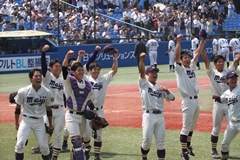 On May 23, the Meiji University Athletic Association's Hardball Baseball Club scored a 3-1 victory in its third game with Rikkyo University to win the Tokyo Big6 Baseball League Spring Championship. This was the 38th time it has won the championship, and first time in three seasons. This season, it achieved a complete victory by wins against all of the other five teams. The victory in the spring league was its first since 2013.
The team is going to represent the Tokyo Big6 Baseball League in the 65th All-Japan University Baseball Championship beginning on June 6. It is aiming to win this championship, which brings together 27 teams from all parts of Japan, and rank as the No. 1 university baseball team in the whole country.