Visit by the acting U.S. Ambassador 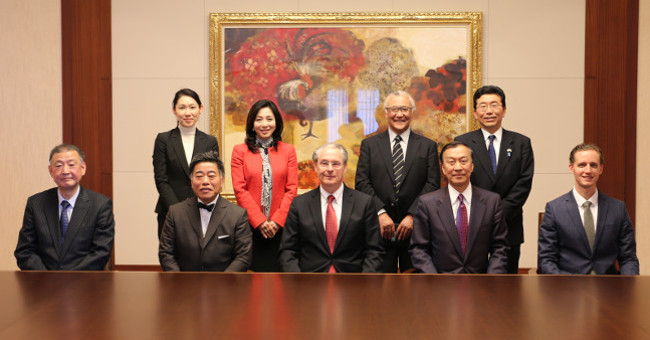 Mr. Hyland is fluent in Japanese. The conversation was carried on in both Japanese and English. 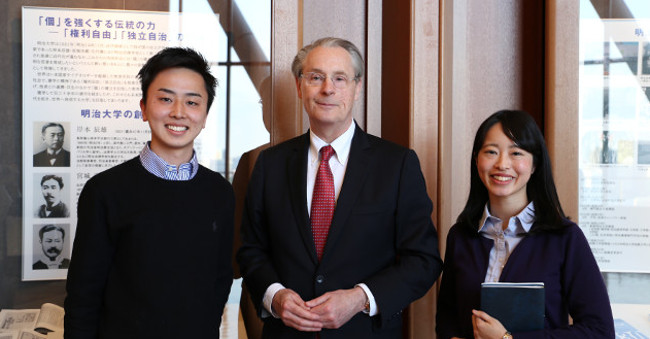 At the University Museum, Mr. Hyland stood on the platform for the teacher.
On March 22, Jason P. Hyland, Chargé d’Affaires of the U.S. Embassy Tokyo, paid a visit to the Surugadai Campus for a chat with a group headed by Keiichirou Tsuchiya, President of Meiji University, and Takashi Yanagiya, Chairman of the Meiji University Board of Trustees.

The meeting was held in response to the wishes of Mr. Hyland, who has a keen interest in university education. The conversation covered a wide range of topics. Besides the features of Meiji University, these included the development of new programs for student exchange and study abroad mainly by the undergraduate schools, the vibrant activity by women at Meiji University ever since its founding, and its high popularity among female students even today.

Meiji University is making efforts to augment study-abroad programs with universities in the United States. In the 2016 academic year, Meiji University sent 384 of its students to study at U.S. universities, and accepted 80 U.S. students for study (both figures include short-term programs).