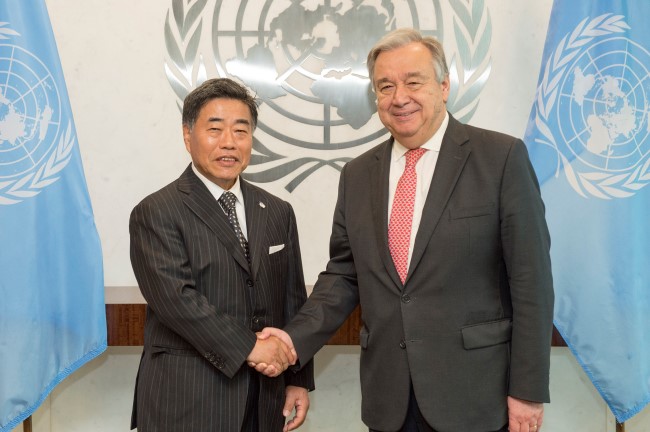 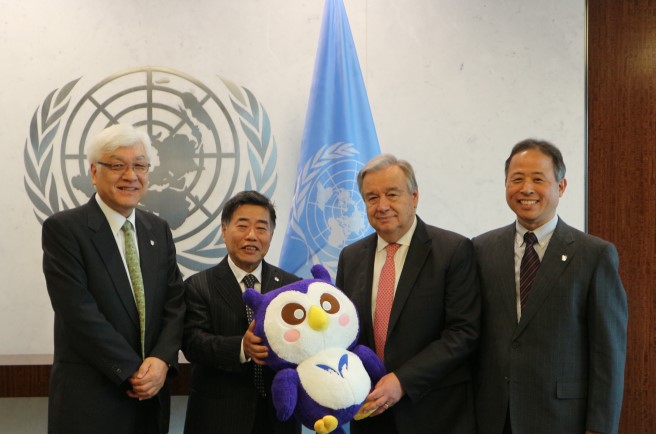 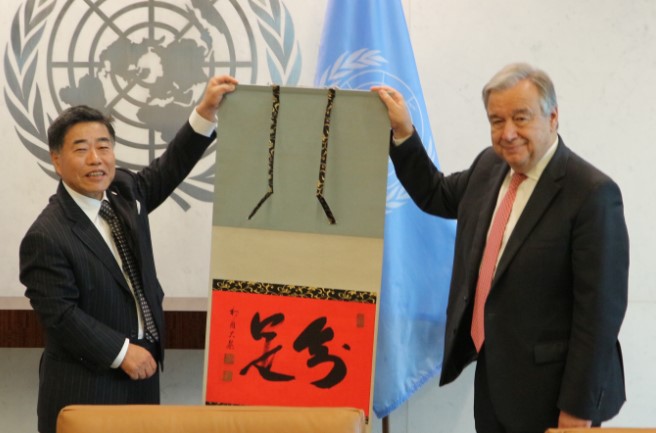 Meiji University conferred an honorary doctorate degree on Mr. Guterres in November 2014, for his highly acclaimed social achievements and his tremendous contribution to resolving humanitarian issues toward the goal of world peace.

During their visit, the Meiji University group congratulated Mr. Guterres once again on his appointment as Secretary-General and expressed their hopes for his contribution to world peace. They then talked about the current state of Meiji University’s entrance exams for refugees and approaches to refugee problems, and received advice from Mr. Guterres on these issues.

In commemoration of their visit, President Tsuchiya presented Mr. Guterres with a Meijiro stuffed toy (Meijiro is the official mascot of Meiji University) and a hanging scroll featuring calligraphy written at the request of the president by Raitei Arima, Chief Abbot of the Shokokuji sect as well as the Chief Priest of the Kinkakuji and Ginkakuji temples.

On the scroll are two Japanese kanji characters “chisoku,” which mean “know contentment.” President Tsuchiya commented that “to build a peaceful world, each and every one of us, and all countries around the world, must embrace this feeling of (knowing contentment).”