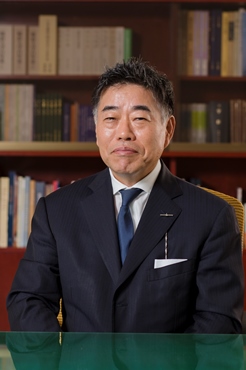 President Keiichiro TSUCHIYA
On June 29, the Ministry of Foreign Affairs announced the recipients of the Foreign Minister’s Commendations for FY 2017, with President Tsuchiya being one of those selected for the award.

The Commendations are awarded to individuals and groups with outstanding achievements in international fields, in order to acknowledge their contributions to the promotion of friendship between Japan and other countries and areas. The Commendations also aim to promote the understanding and support of the Japanese public for the activities of the recipients.

The selection for the Commendation on this occasion was made in recognition of President Tsuchiya’s achievements in the promotion of mutual understanding between Japan and the People’s Republic of China through the introduction of manga and Cool Japan.

President Tsuchiya offered the following comment:
“Although I was given the Commendation as an individual, I believe the selection was made in recognition of the efforts made by Meiji University to date. I am deeply grateful to all concerned.”
Related links
Back
News & Events