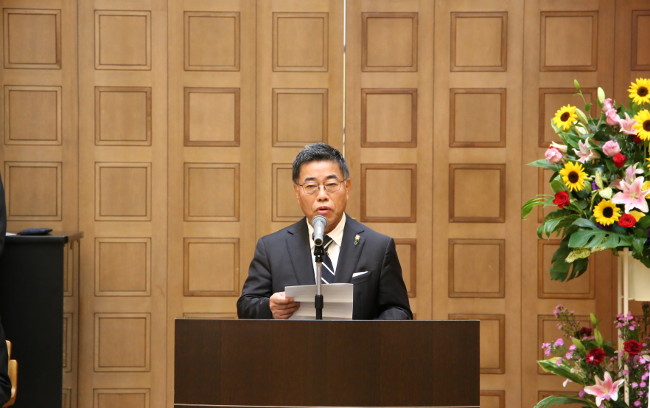 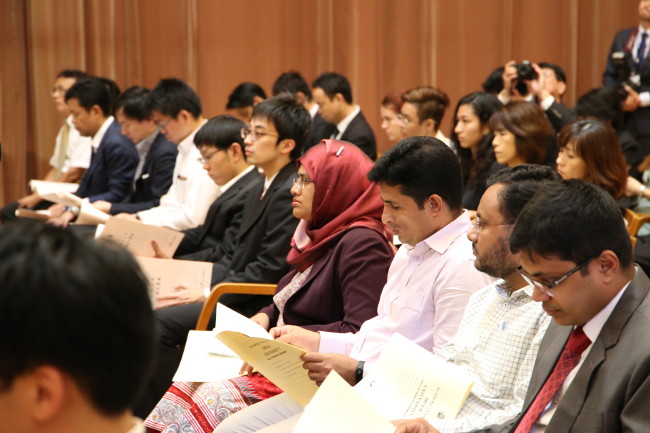 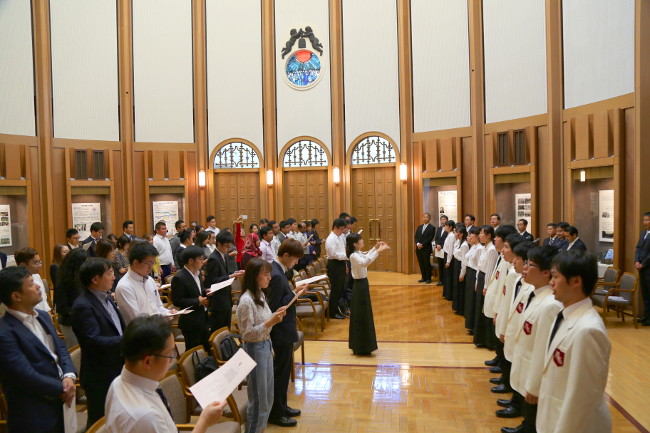 In his address, President Keiichiro Tsuchiya traced the flow of university history to date and firmly asserted that universities were “places for the pursuit of human rights and peace, and places where we come together with the world to resolve issues facing humanity.” While further voicing his expectations for learning at Meiji University by students coming from various countries and regions, he welcomed the new students in English, saying, “I hope you will lead free-spirited and energetic lives reflecting our founding spirit keyed by the words ‘rights and liberty’ and ‘independence and self-government’.”

In his address, Takashi Yanagiya, Chairman, Board of Trustees, quoted the words of Masatoshi Koshiba, who was conferred with an honorary doctorate from Meiji University and winner of the Nobel Prize in Physics, saying, “Chances come only to those who make thorough preparations.” He expressed his hopes that the students will make great advances going forward, commenting, “Don’t neglect to make thorough preparations, take action with an enterprising spirit that looks ahead, and broaden your future possibilities.”
Back
News & Events