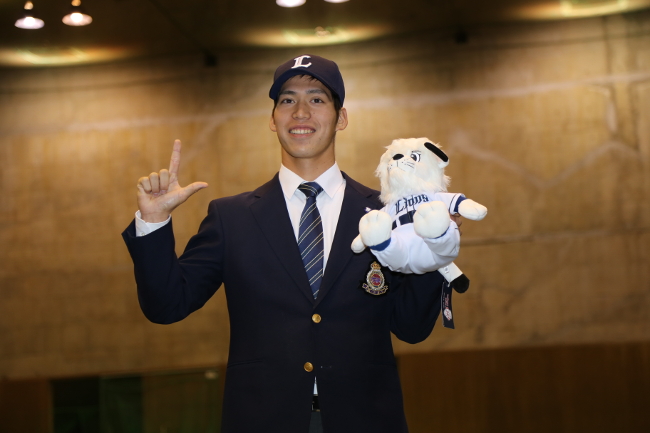 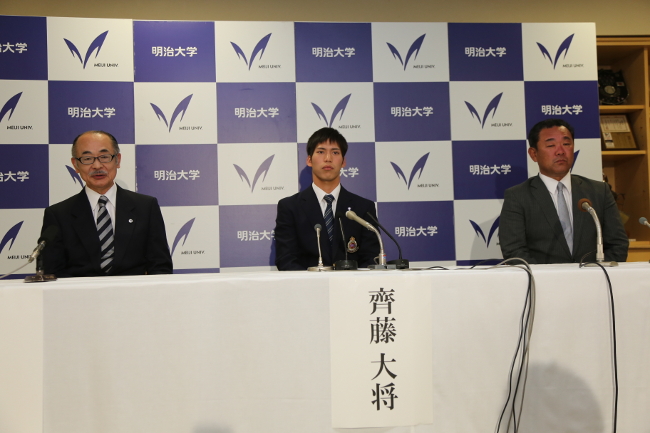 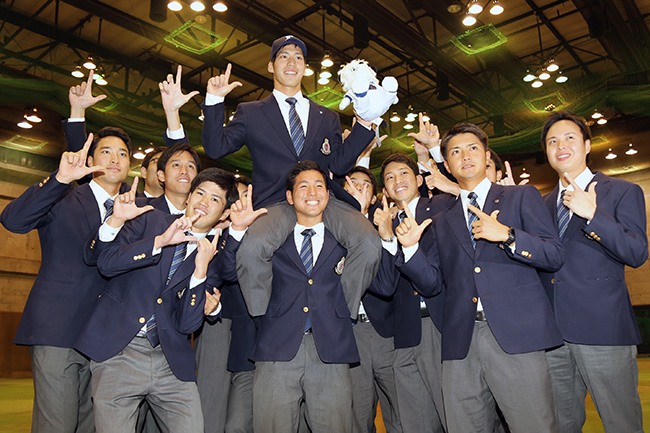 Pitcher Saito smiles as he's carried by his teammates

The Nippon Professional Baseball Draft Meeting, at which the 12 professional Japanese baseball teams try to recruit new players, was held in Tokyo on October 26. Hiromasa Saito (a fourth-year student in the School of Political Science and Economics), a pitcher on the Meiji University Athletic Association Hardball Baseball Club, was the first-round pick of the Saitama Seibu Lions.

Among alumni of the Hardball Baseball Club, Shuhei Fukuda (an employee of NTT East and 2015 graduate of the School of Commerce) was a third-round pick of the Orix Buffaloes and Tsuyoshi Sugano (an employee of Hitachi, Ltd. and 2016 graduate of the School of Law) was a fourth-round pick of the Chiba Lotte Marines.
Back
News & Events