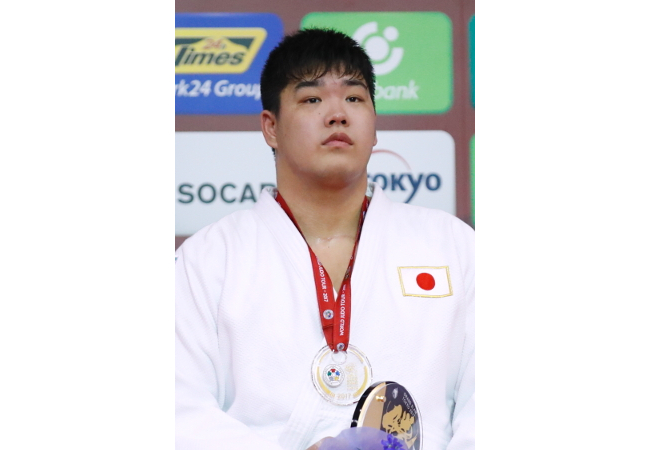 Ogawa posing for his first victory after a tough fight (Photo by Sho Tamura/AFLO SPORT)
Yusei Ogawa, a member of the Meiji University’s Judo Club of the Athletic Association (a third-year student in the School of Political Science and Economics) entered the Grand Slam Tokyo, an international judo championship held at the Tokyo Metropolitan Gymnasium, and won the men’s competition in the + 100 kg category for the first time on December 3.

The competition in the men’s + 100 kg category was held in a tournament format with 25 judokas. In the final match, Ogawa fought Lukas Krpalek, the Czech athlete who was the gold medalist in the 100 kg category at the Rio Olympics.