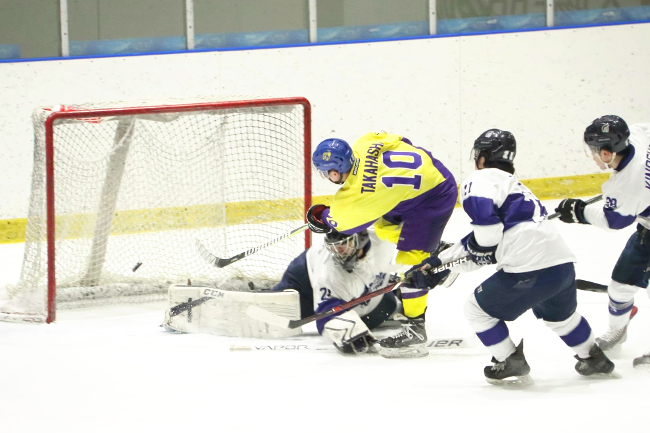 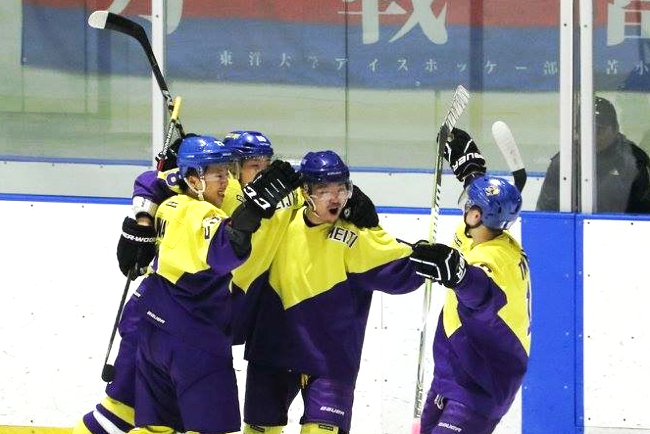 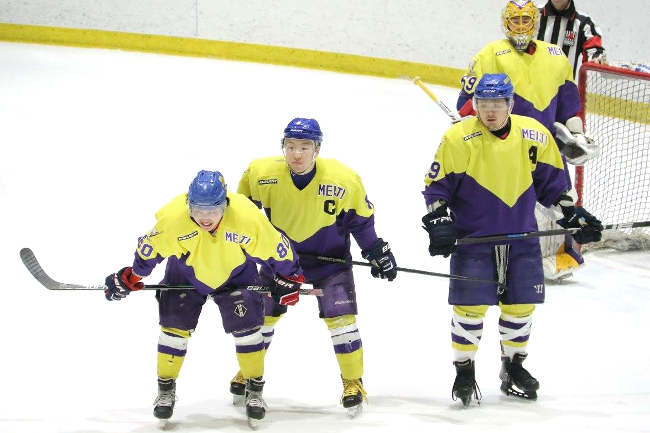 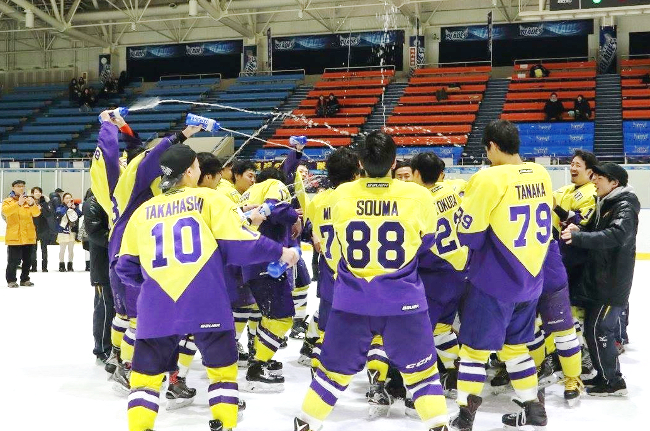 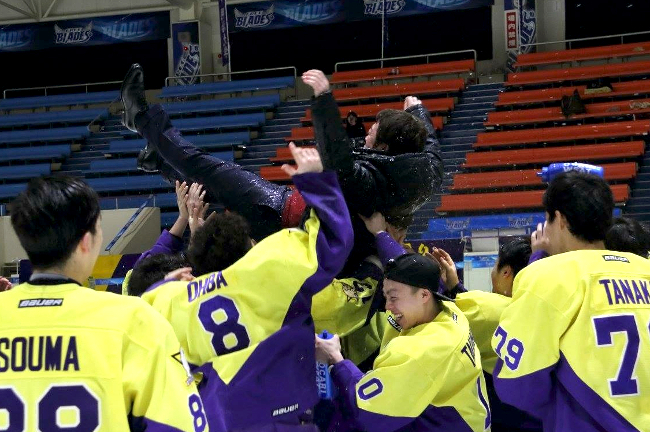 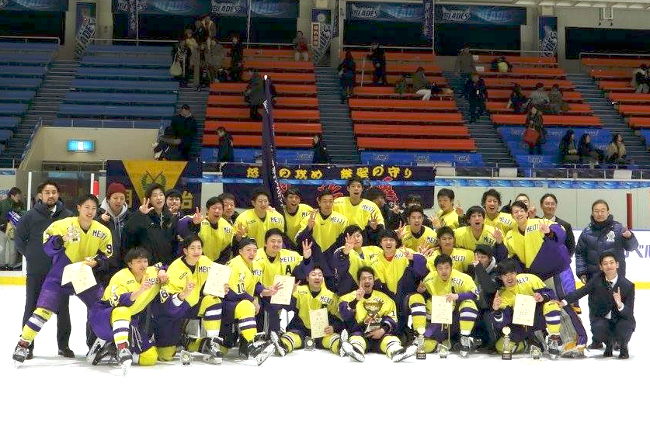 The ice hockey team that won the Intercollegiate Championships for the second year in a row (Photo courtesy of the Ice Hockey Division of Meiji University Athletic Association’s Skating Club)
On January 8, the final day of competition in the 90th Japan Intercollegiate Ice Sports Games was held in the town of Karuizawa, Nagano Prefecture. These Games determine the Japanese universities with the top teams in three disciplines: namely ice hockey, speed skating, and figure skating. In the men’s intercollegiate competition, Meiji University Athletic Association’s Skating Club was the overall winner for the 56th time in all, and the second year in a row. Meiji University teams placed first in ice hockey, third in figure skating, and fifth in speed skating.

In the ice hockey division, the Meiji University squad went up against Toyo University in the men’s final, which was held at Technol Ice Park Hachinohe (in the city of Hachinohe, Aomori Prefecture) on December 29. They took the lead toward the end of the second period, which began with the two teams tied, and added a goal in the third period to win by a score of 4-2. This was their 31st victory and second straight in this competition. Icing on the cake in the Intercollegiate Games with an overall victory.