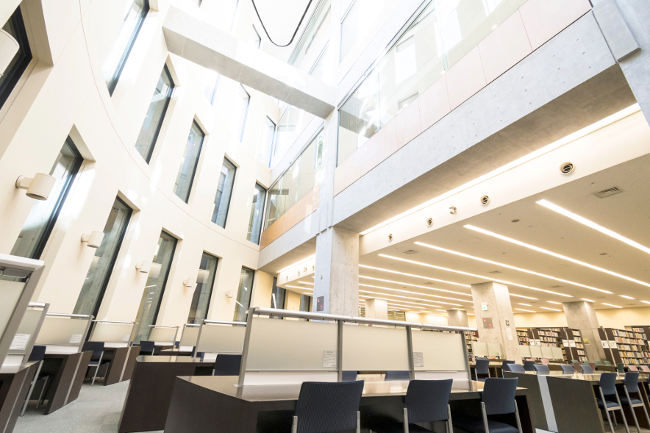 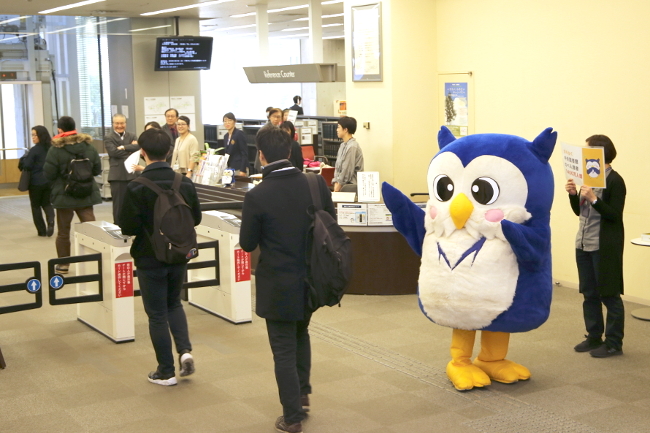 Meijiro also put in an appearance at the moment the fourteen millionth visitor came through the door. 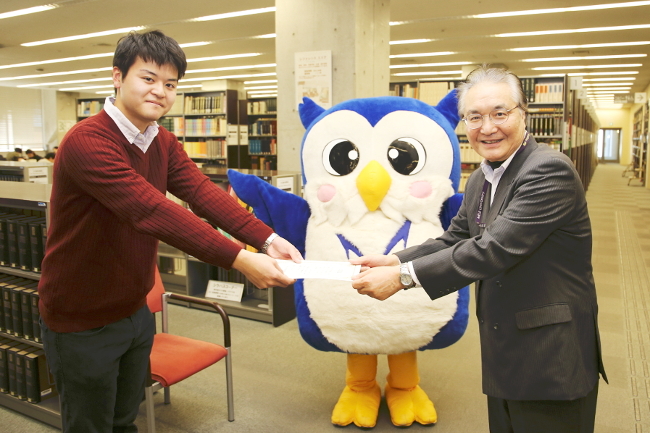 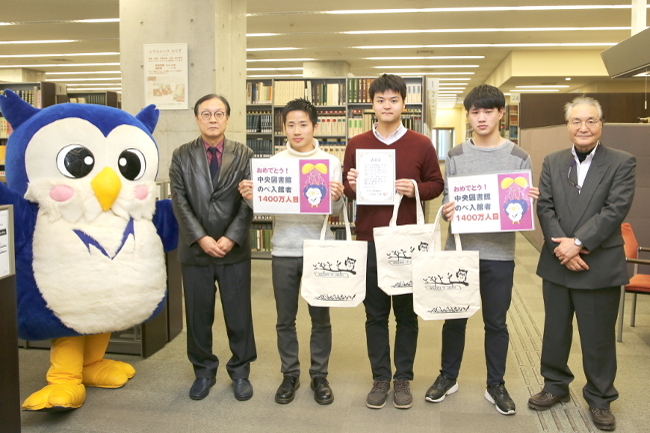 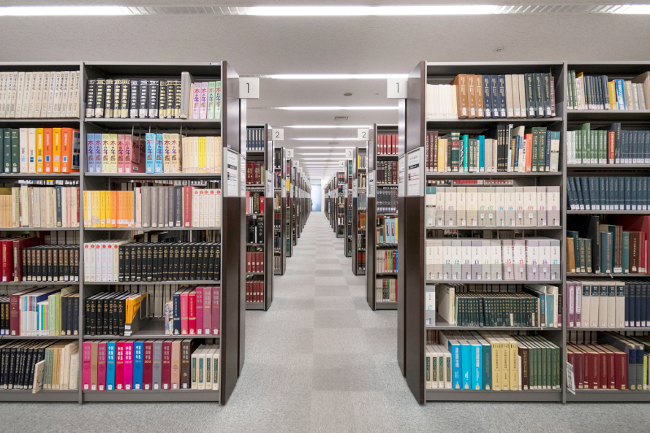 On January 10, the total number of visitors to the Central Library on the Surugadai Campus of Meiji University since its opening in March 2001 topped 14 million.

The fourteen millionth visitor was Mr. Takahashi (a fourth-year student in the School of Political Science and Economics). Three visitors, including the 13,999,999th and 14,000,001th as well as the fourteen millionth, were given a certificate and commemorative gift by the director of the library.

Boasting more than 1.22 million books and 1,200 reading seats, the Central Library is the largest library at Meiji University. It has an extensive collection of books in the fields of social science and the humanities. It also benefits from a beautiful interior, and was awarded the 18th Library Architecture Award by the Japan Library Association (in fiscal 2002).