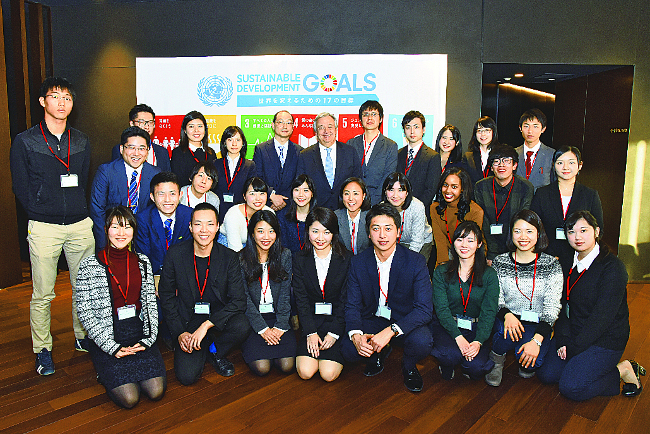 Photo courtesy of Sophia University
On the occasion of a visit to Japan by United Nations Secretary-General, António Guterres, who has also been granted an honorary doctorate from Meiji University, an event including a dialogue between him and university students was held at Sophia University on December 14. Two Meiji University students participated in this dialogue: Shoichiro Katsuta (a fourth-year student in the School of Law) and Nsengiyumva Desty (a second-year student in the School of Information and Communication). The dialogue was an exchange of views on all sorts of issues in the international community.

The event consisted of two parts: an address and the dialogue. About 30 students invited from universities participating in the United Nations Academic Impact program were at the venue that day.