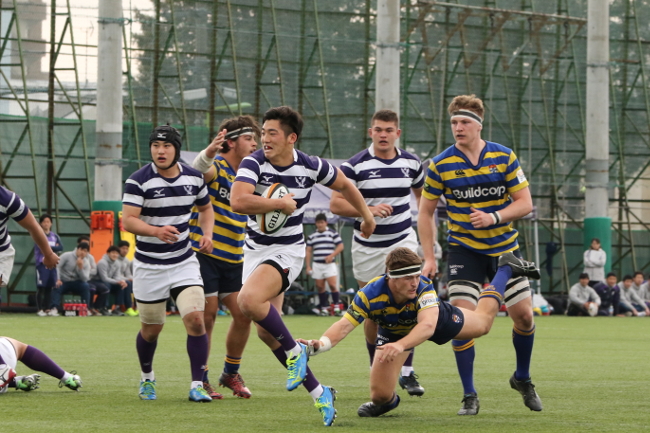 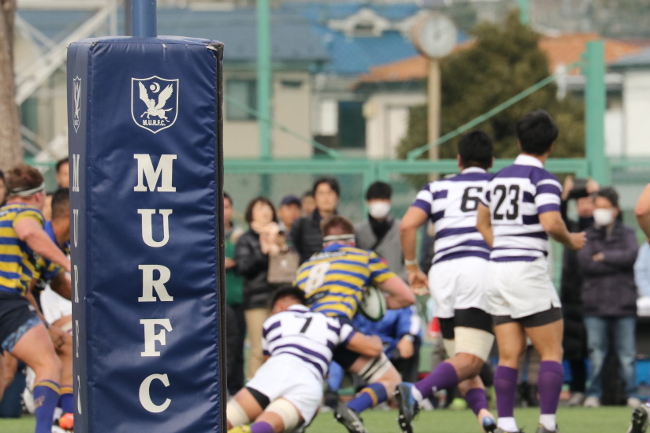 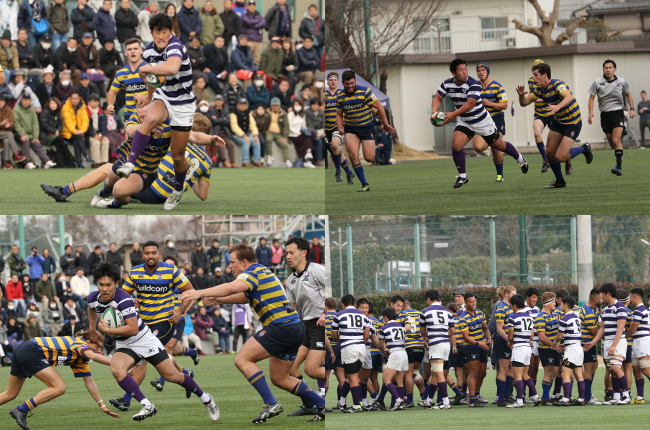 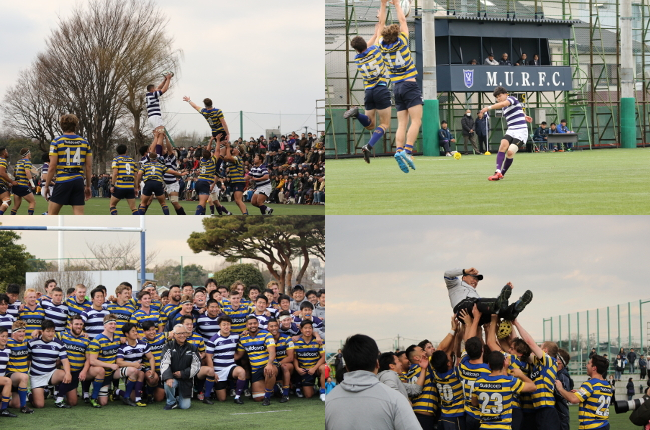 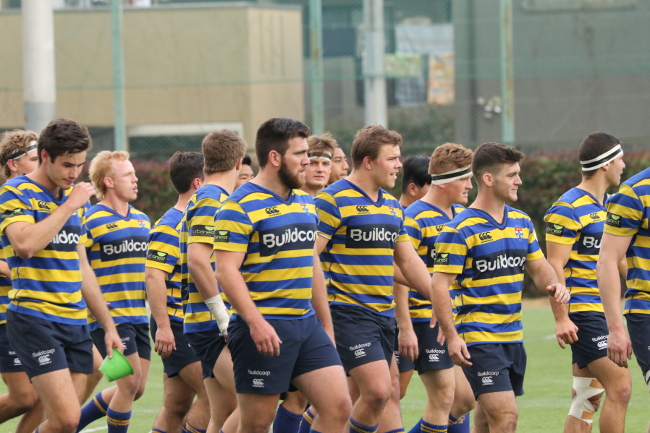 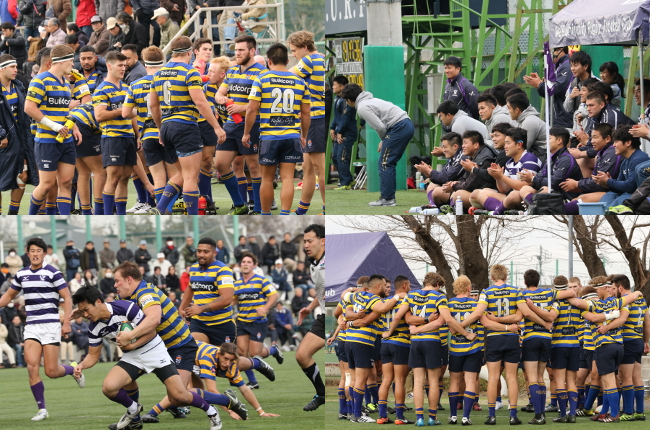 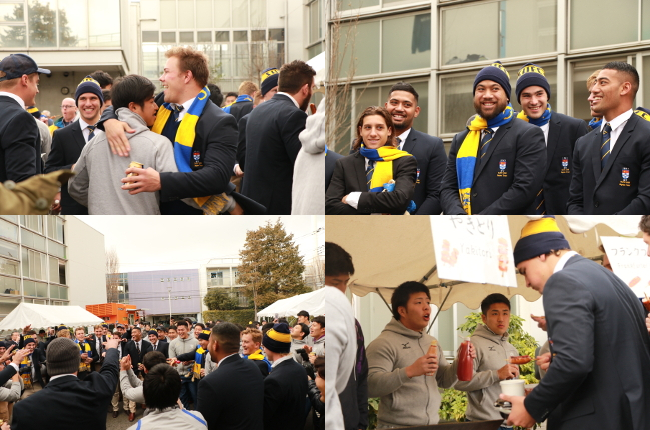 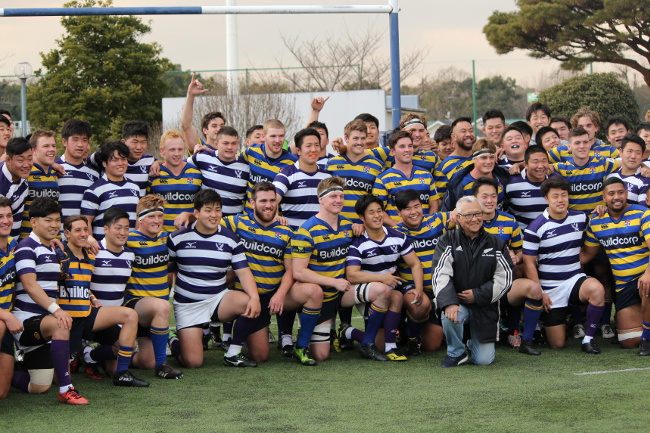 The match was planned for the purposes of providing students with international exchange experience as well as improving their rugby skills. The match kicked off at 1:00 p.m. with a packed crowd that came to watch the match. Consisting of third-year students and younger, the Meiji University squad unfortunately lost by a score of 38 to 56, but gave their all against the powerful team from Australia founded in 1863.

Following the referee’s full-time whistle, members from both teams formed a circle to praise each other for a good game. They then moved to a different venue for a welcoming party where they deepened their friendships.