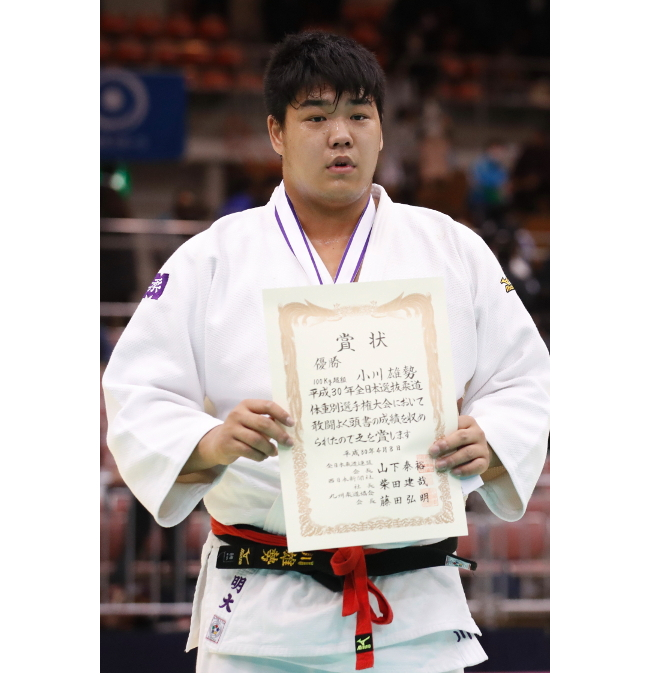 [Photo by AFLO SPORT]
Ogawa after winning his first victory in the All-Japan Judo Championships by Weight Category following victories in the Kodokan Cup and the Grand Slam Tokyo.
Yusei Ogawa, a member of the Judo Club of the Meiji University Athletic Association (a fourth-year student in the School of Political Science and Economics), entered the All-Japan Judo Championships by Weight Category on April 8, winning the men’s competition in the +100 kg category for the first time.

The Championships, which were held at the Fukuoka Convention Center, were also a qualifying trial for the World Judo Championships, which will be held in Baku, Azerbaijan in September, 2018. Competitions for each weight category were held in tournaments in which each consisted of the top eight Judoka in their respective categories. In the final match, Ogawa fought Hisayoshi Harasawa, who was the silver medalist at the Rio Olympics.

The names of Japan’s National Team members for the +100 kg category, in which Ogawa will participate, will be announced after the All-Japan Judo Championships, which will be held on April 29.