Mr. Koji Nakayama, Director, at the press conference
Meiji University Organization for the Strategic Coordination of Research and Intellectual Properties has established the “Meiji University Research Institute of Autonomous Driving and its Social Acceptance.” This institute is an academic research organization that will aim to explore solutions and improve measures on a number of multi-faceted issues to bring about the realization of a society in which autonomous vehicles are introduced and operated. It will carry out cross-cutting research covering technical, social, economic and regional matters.

The organization held a press conference on March 28, at Liberty Tower on Surugadai Campus, which was attended by the University President, Mr. Keiichiro Tsuchiya, the Director of the new institute and Professor of the Juris Doctor Course (Law School), Mr. Koji Nakayama, and a host of other researchers representing various fields of research. During the press conference President Tsuchiya stated that “Autonomous Driving is a big topic not only in Japan but also around the world. This new institute will carry out comprehensive research beyond the framework of the 10 schools of the University.” Adding to this, Director Nakayama further enthusiastically stated that, “The institute will coordinate with other research institutes both inside and outside the University, as well as with local governments to accelerate the realization of a society in which autonomous vehicles are introduced and operated.”

It is expected that autonomous driving technologies will play a substantial role in the economic activity and local infrastructure maintenance of societies that are experiencing population decline. However, there are certainly challenges to bringing this reality about. In addition to technical challenges, there are also real challenges from a social science point of view regarding things such as regulatory issues and business and local communities’ behavior towards new technologies.

The new institute will carry out research on legal and economic systems as well as technological innovation to accelerate the move toward a future “autonomous driving society” with the expectation that it will also further contribute to the sustainable development of local communities. With the dissemination of autonomous driving technologies, the institute also plans to push for the agriculture, forestry and fishery industries to become a new cornerstone of the Japanese economy, which will have ripple effects on secondary and the tertiary sector industries. In this endeavor, the institute aims to work for the long-lasting prosperity of Japan’s economy and society. 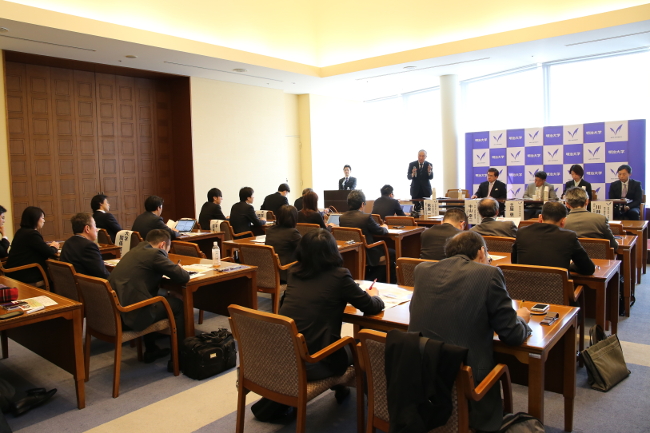