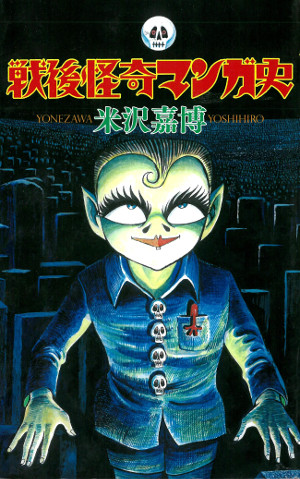 Exhibition overview
This exhibition introduces horror manga from the post-war period based on “A History of Postwar Horror Manga” (Tetsujinsya), written by Yoshihiro Yonezawa.
This book was published in 2016, nearly 10 years after Mr. Yonezawa had passed away.
The exhibition presents the essence of the book through valuable materials and original pictures. 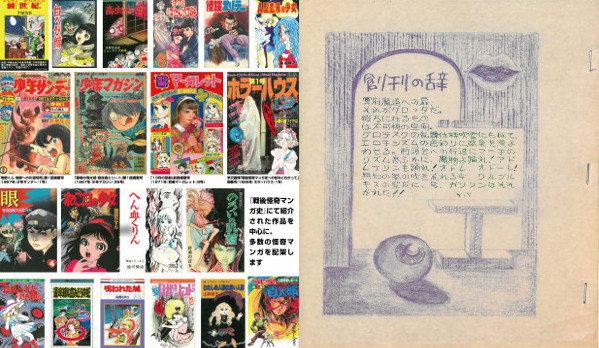 
[Place] Meiji University Yoshihiro Yonezawa Memorial Library of Manga and Subculture (Exhibition room on the first floor)
[Period] Jun 1 (Fri.), 2018 – September 30 (Sun.), 2018
* The library is closed on Tuesdays, Wednesdays, and Thursdays (the library will be open if these days fall on a national holiday)
* The library may sometimes be closed for special organization or other reasons. Please confirm by checking the library website or making an inquiry by calling during library hours.
[Address] 1-7-1 Kanda-Sarugakucho, Chiyoda-ku, Tokyo 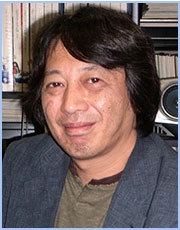 Born in Kumamoto City in Kumamoto Prefecture, Japan on March 21, 1953, Yoshihiro Yonezawa was a member of the literary critics group “Meikyu” while a student at Meiji University. In 1975, Yonezawa co-founded the 1st Comic Market (Comiket), serving as a representative from 1980 until 2006. He also formulated the principles for the current Comic Market, where dojinshi (self-published materials) are exhibited and sold.
Initially working as a writer and editor, he published “The History of Post-War Manga Trilogy” beginning in 1980, and from then on worked as a critic of popular culture in general and manga in particular. He was involved in the establishment of the Japan Society for Studies in Cartoons and Comics and served on its board of directors. He died of lung cancer on October 1, 2006.
In 1999, he received the 21st Japan Society of Publishing Studies Award for “Bessatsu Taiyo: Hakkinbon,” and in 2002, he received the 26th Japan Society for Children’s Literature Award for “On Fujiko Fujio: The Formula of F and A.” He received the Seiun Awards Special Award in 2007, the Tezuka Osamu Cultural Prize Special Award in 2010 and the Popular Literature Research Award (Saotome Mitsugu Fund) in the popular culture category for “A History of Postwar Erotic Manga” in 2011.
His main books include, “A History of Postwar Girls’ Manga” (Shinpyosha 1980), “A History of Postwar Science fiction Manga (Shinpyosha 1980), “A History of Postwar Gag Manga” (Shinpyosha 1981), “On Fujiko Fujio: The Formula of F and A” (Kawade Shobo Shinsha 2002), and “A History of Erotic Manga” (Seirin Kogeisha 2010). 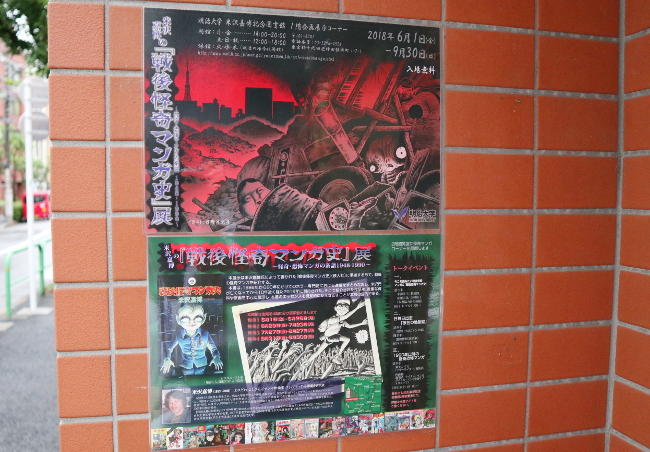