“Meal for Refugees” event to be held at Izumi, Surugadai and Ikuta Campuses 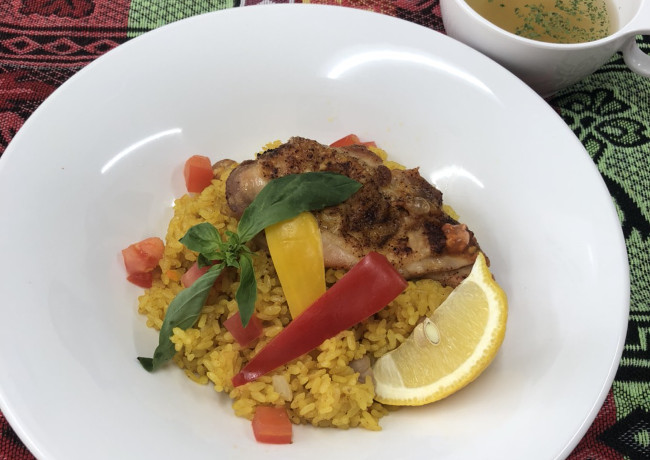 The Meiji International Friendship Organization (MIFO), which is the circle officially recognized by Meiji University, will be holding an event entitled “Meal for Refugees (M4R)” from Monday, June 18 to Friday, June 22 at Izumi Campus, and Monday, June 25 to Friday, June 29 at Surugadai and Ikuta Campuses to introduce the public to some of the traditional home-style flavors enjoyed by refugees. M4R is a social contribution project inspired by a cook book made in collaboration between the Authorized Nonprofit Organization Japan Association for Refugees (JAR) and refugees in Japan entitled “Flavours Without Borders.” The purpose of the project is to deepen both an interest in and understanding of refugees in Japan by introducing as many people as possible to a range of unique local flavors from their hometowns. The project, now in its seventh year, will be carried out as a collaborative effort between the Meiji International Friendship Organization (MIFO) and the Japan Association for Refugees (JAR). Through JAR, part of the proceeds will be donated to refugees living in Japan.