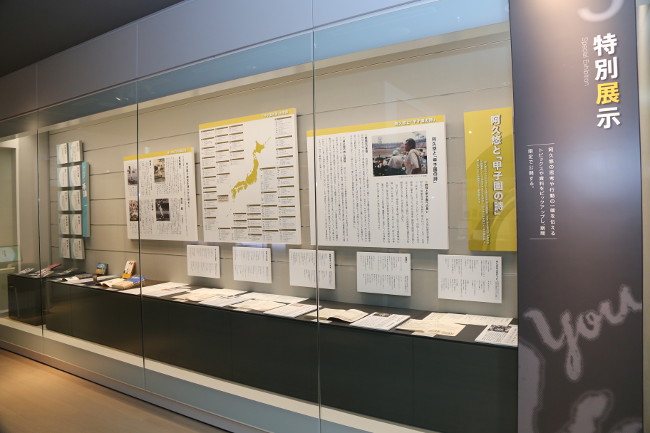 Meiji University’s AKU YOU Memorial Museum is holding a special exhibition entitled “ AKU YOU and ‘Koshien no Uta’” from July 7 through September 16 to commemorate the 100th Japanese High School Baseball Championship tournament.
In addition to working on over 5,000 songs as a songwriter, You Aku, who was also a Meiji alumnus, wrote a number of spectator pieces on the Summer Koshien, numerous essays, and 363 works of poetry for the Sports Nippon Newspaper between 1979 and 2006. In the special exhibition, 5 panels that look back at some of the Koshien’s best matches, Mr. Aku’s autograph scorebook, interview notes, and others will be on display.