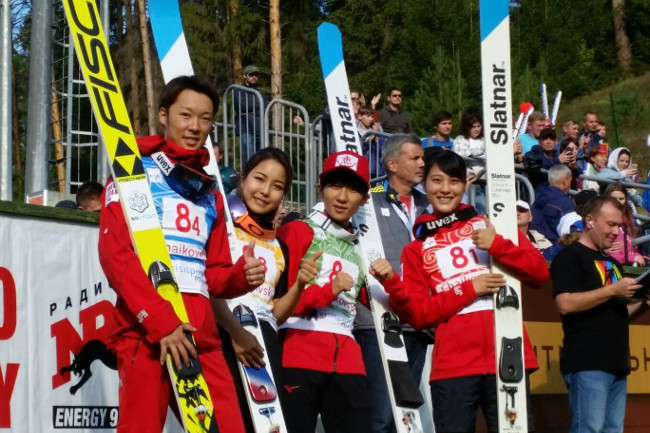 The mixed team event is an event in which two men and two women from each country, totaling 4 members, compete head-to-head with other national teams for international rankings based on the team’s total score. Competing in the event for team Japan along with Maruyama were Yukiya Sato, Sara Takanashi, and Junshiro Kobayashi.

Maruyama was also selected to compete for the Ski Association of Japan’s “2018/2019 SNOW JAPAN Strengthening Specified Player,” and is expected to become increasingly more active in the future.