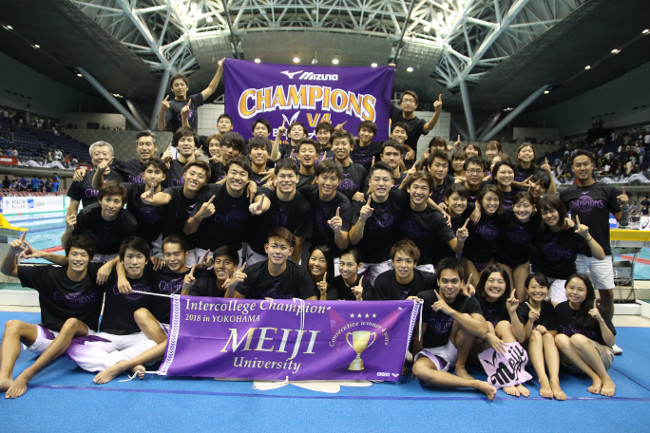 In the last event, Men’s 4x200 freestyle relay, the team of Fuyu Yoshida (a third-year student in the School of Political Science and Economics), Ko Uchida (a fourth-year student in the School of Law), Juran Mizohata, and Katsuhiro Matsumoto demonstrated their abilities by scoring an overwhelming victory to come from behind to win the championship.

With this victory, the Men have won their fourth consecutive championship since 2015.