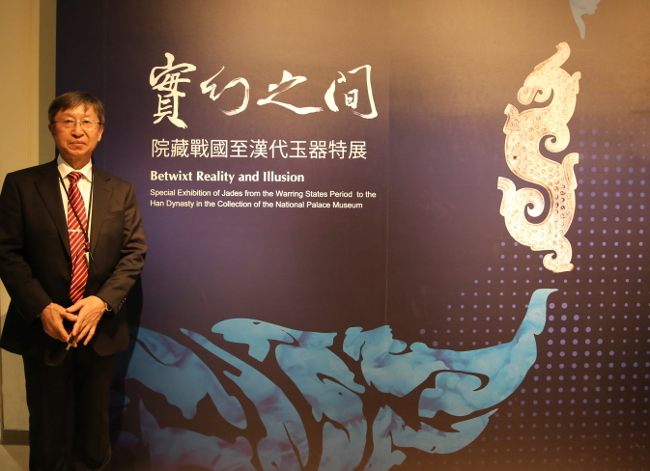 Events related to the “Betwixt Reality and Illusion – Special Exhibition of Jades from the Warring States Period to the Han Dynasty in the Collection of the National Palace Museum,” a special exhibition at the National Palace Museum of Taiwan that exhibits works of visual illusion by Professor Kokichi Sugihara, Director of the Meiji Institute for the Advanced Study of Mathematical Sciences (MIMS), were held in Taiwan on November 26th and 27th.

The National Palace Museum in Taipei hosts an incredible 690,000 treasures collected by emperors of the Ming and Qing dynasties and has been named among the four greatest museums in the world. The special exhibition features 214 works of “Jade” illusory art made during the period from the Warring States period to the Han Dynasty (475 BCE-220 CE) and 35 works of visual illusion created by Professor Sugihara based on a scientific perspective. It offers some perspectives on the visual effects of these two types of works that set them two millennia apart in time.
Professor Sugihara received the offer for the exhibition this spring and now presents the product of his research to the world.

In the afternoon of the 26th, Professor Sugihara was awarded a Certificate of Appriciation for his cooperation with the special exhibition in the attendance of Director Chi-Nan Chen. With joy, Professor Sugihara commented, “It came as a surprise to me that my research has connections with the ancient jade treasures. I was even more surprised when I got the offer from such a prestigious museum. I feel that this has given us an opportunity to explore the visual effects of ancient treasures using mathematical theories.”

On the 27th, Professor Sugihara gave a thorough, but still easy-to-understand, presentation of his research on impossible objects and impossible motion based on the theme, “Though the Truth be Known, the Illusion Persists: Optical Illusion of Impossible Objects,” during the lecture session held at the Auditorium of the National Palace Museum and organized by the museum. Professor Sugihara won his first prize at the Best Illusion of the Year Contest 2018, which is his third time winning first prize in this series of contest, a week preceding this visit to Taiwan, and over 170 people came to the venue for his presentation. In the question-and-answer session, Professor Sugihara received questions such as whether he has ideas for the tenth and subsequent generations of the works of visual illusion and whether the professor himself experiences illusions.
≫ Videos of the lecture are available on the National Palace Museum’s official Facebook account: Lecture / Q&A

In the afternoon, the international symposium, “Betwixt Reality and Illusion: International Symposium on the Exploration and Application of Visual Illusions” was held at the Center for Condensed Matter Sciences and Department of Physics, National Taiwan University (organized by the Center for Biotechnology, National Taiwan University, etc.). Professor Sugihara gave a keynote speech called, “Evolution of Impossible Objects,” referring to the generations of findings in the research of illusion and fundamental equations. The symposium finished with great success, marking the end of his visit to Taiwan. 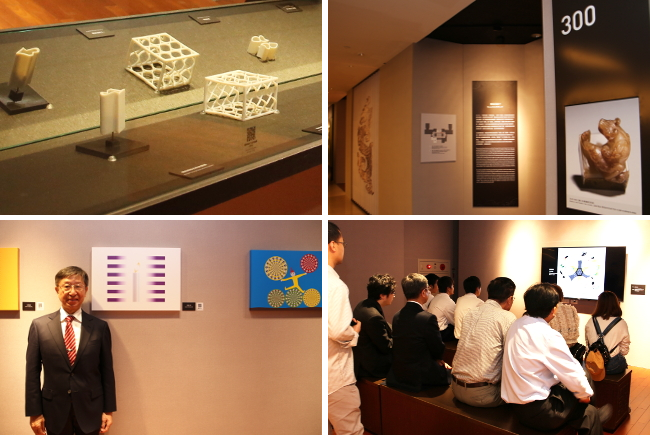 Exhibition Area I 300 at the National Palace Museum