All members participated in a ceremonial photograph at the end.

Around 150 students were invited from Japanese School of Beijing and Beijing Yue Tan Middle School to the exchange match, and the heated rally between the students of both universities received cheers of support. The people concerned such as Meiji University President Keiichiro Tsuchiya, Chief Minister-Counselor Noriyuki Shikata, and members of the Meiji University Chinese Parents Association that has just been established also came to cheer the students on.

The table tennis exchange event with Peking University has also been held at the Surugadai Campus of our university in July 2017. 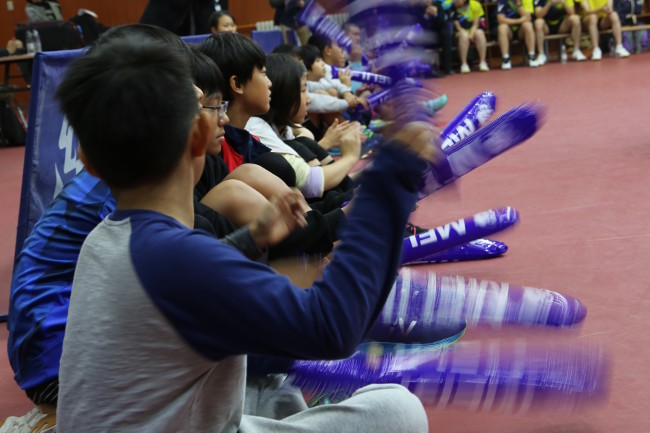 Hit the stick balloon and cheer. 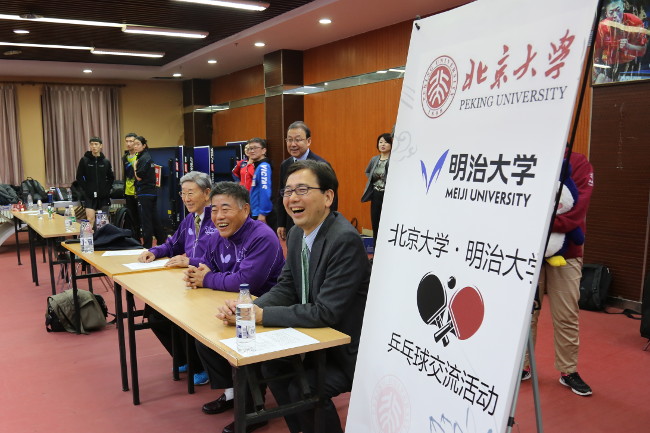