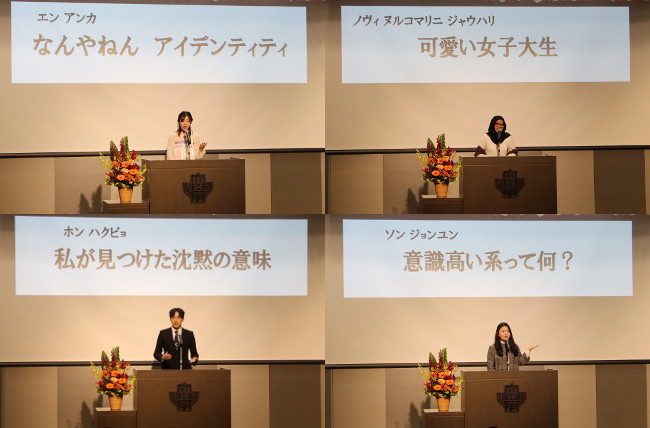 The President’s Cup was awarded to Ms. Ange Yan (a first year student in School of Agriculture, from China) for her speech titled “なんやねん アイデンティティ (Nanyanen Identity)”.

The contest was held since 1996 for the purpose of improving the Japanese language skills of international students and promoting their interchange with Japanese students.
In preparation for the contest, each entrant teamed up with a few Japanese-language advisors and elaborated their speeches for about two months.

The results of the judging for each prize and the speeches of the student entrants is available for viewing on the Meiji University website. 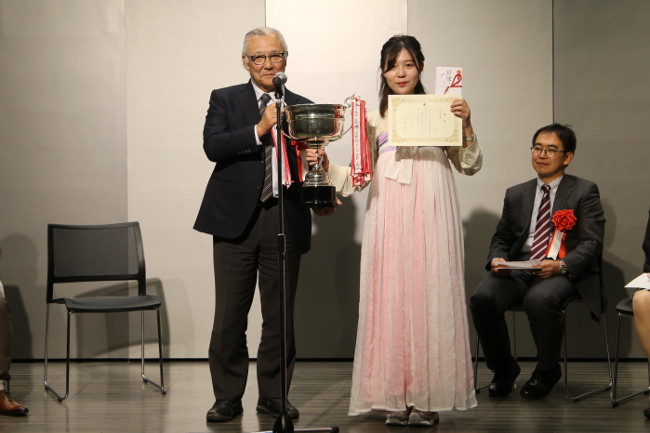 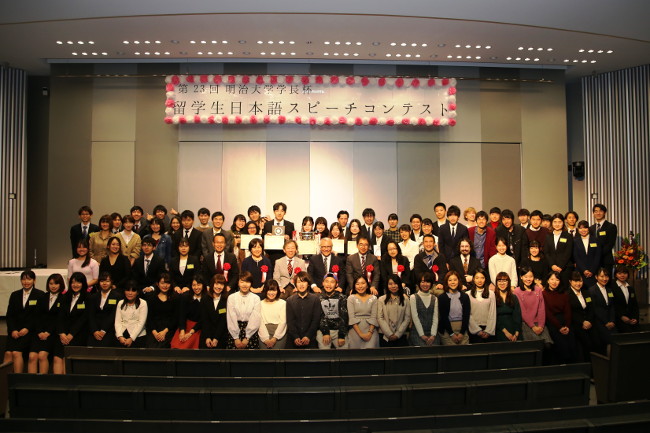 With the Japanese-language advisors and Campus Mate students