Visit from the Uzbek ambassador to Japan

Receiving a visit from His Excellency Mr. Gayrat Ganievich Fazilov, the ambassador of Uzbekistan to Japan, on April 8, President Keiichiro Tsuchiya and other Meiji University personnel exchanged views with the ambassador at the Liberty Tower on the Surugadai Campus.

Ambassador Fazilov described the current situation of Uzbekistan where, although there are around 700 thousand students who wish to receive higher education in Uzbekistan, only around 70 thousand students can enter universities domestically. Ambassador Fazilov showed his intention of revitalizing interaction by stating, “Japanese educational institutions and human resource development are highly regarded. I will enhance our cooperation and support Uzbek students in studying in Japan.” President Tsuchiya commented, “Although Meiji University has been received only 14 students from Uzbekistan and I think the number is not large enough, on this occasion, I will deepen our interaction and promote cooperation by making use of characteristics of both of us.”

Two students from Uzbekistan who are currently studying at Meiji University Graduate School were also participated in conversation. 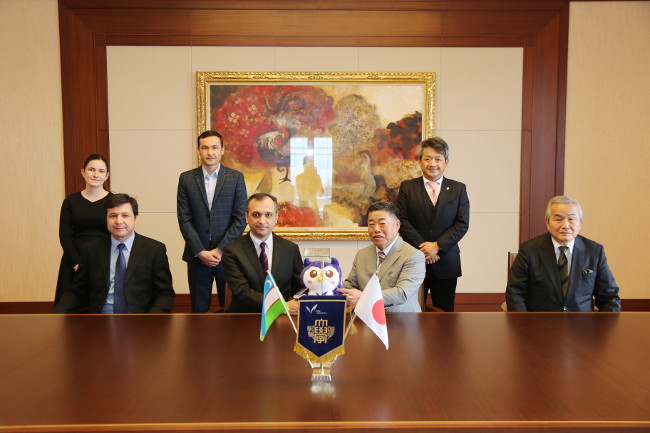 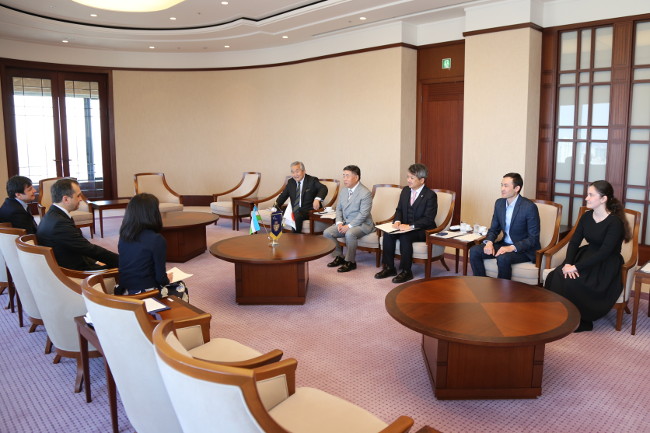 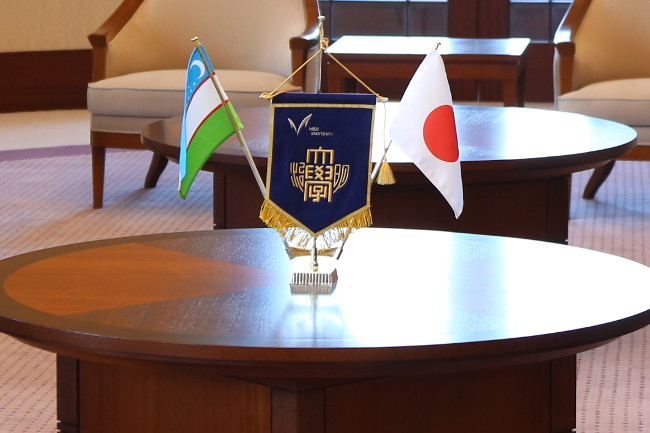