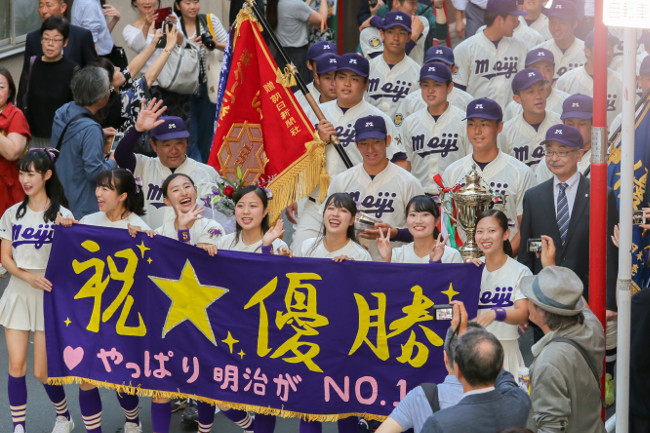 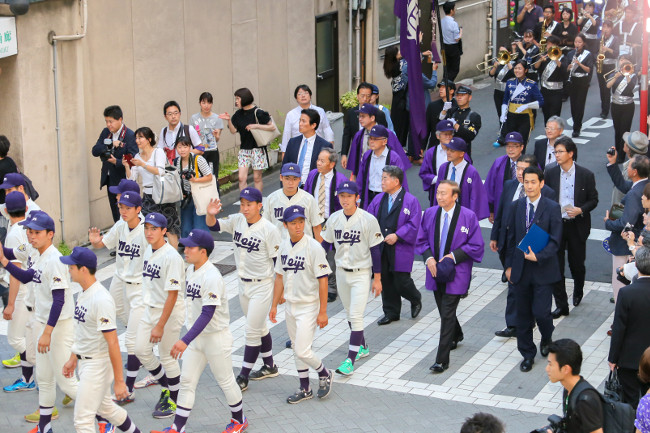 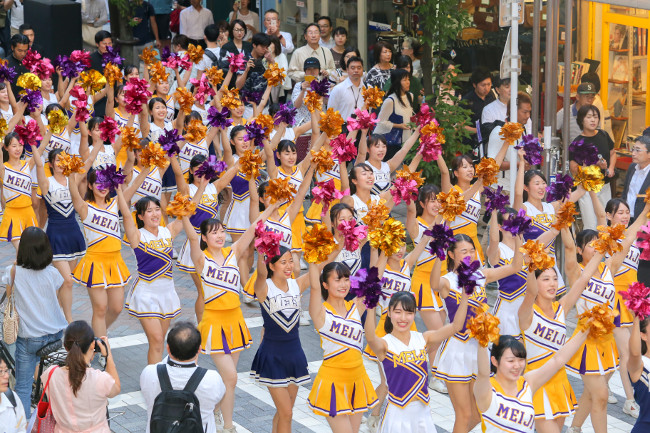 Yoshinami, manager, (left) and Kitamoto, vice-captain, delivering a speech
On June 21, a victory parade to celebrate Meiji University Baseball Club’s triumphant win in the Tokyo Big 6 Baseball Spring Championship and All Japan University Baseball Championship was held around Surugadai Campus. About 500 students, University alumni and others marched along Meidai-dori and adjacent streets with the baseball club members and University officials in the lead, followed by the cheer squad, brass band club and the baton cheerleading club.

After the parade, a triumphal celebration was held at Liberty Hall, and many students, alumni and general fans attended. At the triumphal celebration, after a congratulatory address by Keiichiro Tsuchiya, Meiji University President, and Takashi Yanagiya, Chairman, Board of Trustees. Takamichi Inoue, General Manager of the Baseball Club (Professor of the School of Commerce), and Tatsuya Yoshinami, manager, took the rostrum. In addition, Kazuki Kitamoto (senior of the School of Arts and Letters), vice-captain, delivered a speech on behalf of Masato Morishita (senior of the School of Political Science and Economics), captain, who was attending a training camp for candidates of Japan-U.S. University Baseball. 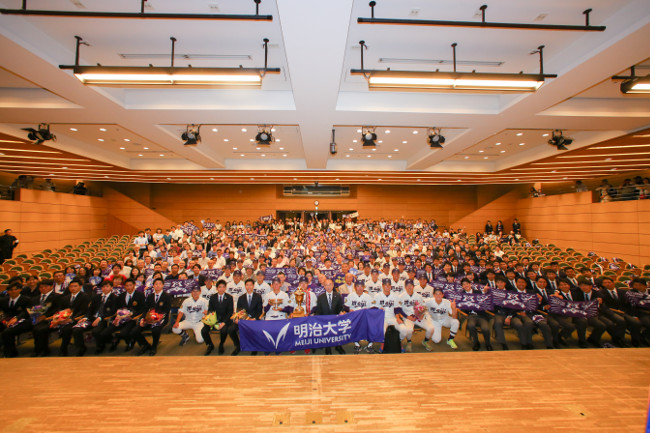