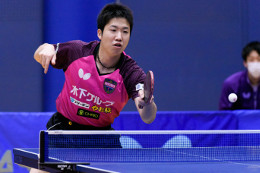 “We hope you will get inspired even a little,” said Mizutani
(photo=SUGA Tomoka) 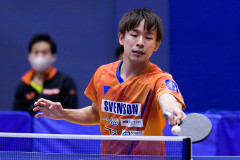 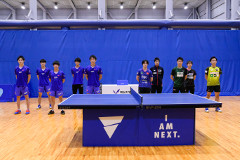 The Table Tennis Club is a competitive club, which has turned out many internationally active players as well as top league players. Among them are Jun Mizutani (graduated from the School of Political Science and Economics in 2013) and Koki Niwa (graduated from the School of Political Science and Economics in 2017), who are members of Japan’s national team for the Tokyo Olympic Games, which has been postponed until 2021. The Club also currently has many candidates for the future national team. In consideration of today’s situation, where the COVID-19 crisis forces cancellation or postponement of sports competitions across the board, Sundai Takkyukai, the Club’s alumni organization, planned and implemented the event for the purpose of improving the students’ motivation and creating fun memories for them. Furthermore, donations through crowdfunding were used to pay for some of the expenses for the video service and venue management, which was one of the reasons for Dream Game gaining many people’s attention inside and outside the university.

In his opening address before the matches, Keiji Kodama, General Manager of the Table Tennis Club, thanked the participating alumni players and persons involved, and expressed his passion for Dream Game saying, “Table Tennis Club members hope to continue to be role models for children, who will shoulder the future, and give them dreams and inspiration. Both the current students and alumni members will join forces to present the most exciting table tennis matches.”

After the matches, Mizutani delivered a speech on behalf of the participating players. “I’ve had a hard time keeping up motivation under the COVID-19 crisis, but while I was playing today, I strongly felt again that I really like table tennis, and that it is fun. We will be very happy if you watch the Game and get inspired even a little.” At the same time, he also expressed his determination, “I’ll make my best efforts to win the gold medal at the Tokyo Olympics.”
Back
News & Events