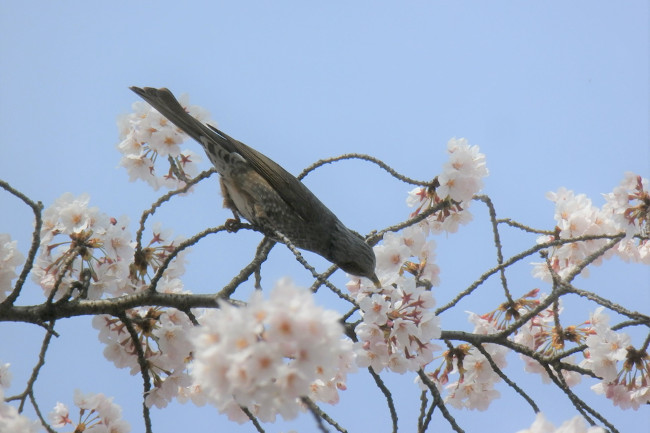 
Humans can easily identify sweet-tasting foods – and with pleasure. However, many carnivorous animals lack this ability, and whether birds, descendants of meat-eating dinosaurs, can taste sweet was previously unclear. An international team of researchers led by Yasuka Toda of Meiji University in Japan and Maude Baldwin of the Max Planck Institute for Ornithology has now shown that songbirds, a group containing over 4,000 species, can sense sweetness regardless of their primary diets. The study highlights a specific event in the songbird ancestors that allowed their umami (savory) taste receptor to recognize sugar. This ability has been conserved in the songbird lineage, influencing the diet of nearly half of all birds living today.

Bitter, salty, sweet, sour and umami are the five basic tastes that we humans perceive. The sense of taste has an enormous influence on our diet — what we think tastes good often ends up on our plates. The rest of the animal kingdom is no different, as taste reliably helps to distinguish what is nutritious from what is poisonous. But what exactly do other animals taste?

It is well known that the sweet taste receptor is widespread among mammals. Birds, however, descend from carnivorous dinosaurs and lack an essential subunit of this receptor — presumably leaving most unable to detect sugar. The only known exception are the hummingbirds, who re-purposed their umami taste receptor to recognize carbohydrates.

But are all other birds unable to taste sugars? An international team led by evolutionary biologist Yasuka Toda from Meiji University in Japan and Maude Baldwin of the Max Planck Institute for Ornithology in Germany investigated this question.

First, the researchers systematically studied the diets of birds. Certain songbird lineages, such as sunbirds, sugarbirds, and honeycreepers, are known to regularly consume large quantities of nectar. However, Baldwin and colleagues found an above-average number of other songbird species across the entire radiation that occasionally consume nectar or fruit. "This was the first hint that we should concentrate on a range of songbirds, not only the nectar-specialized ones, when searching for the origins of avian sweet taste," explains Dr. Baldwin. Indeed, their behavioral experiments showed that both a nectar specialist as well as a grain-eating songbird preferred sugar water to normal water.

Baldwin and Toda dug deeper and found that the umami receptors of nectar specialist honeyeaters, as well as those of other songbirds with varying diets, also respond to sugar. They concluded that songbirds really do sense sweet and, like hummingbirds, use the umami receptor to do so.

To identify the origin of this ability, the researchers reconstructed ancestral umami receptors at different locations on the songbird family tree. It turned out that the early ancestors of songbirds evolved the ability to sense sugar, even before they radiated out of Australia and spread across the planet. "We were very surprised by this result. Sweet perception emerged very early within the songbird radiation and then persisted even in species that do not rely primarily on sugary food," says Baldwin.

In addition to the timing of the sensory change, the researchers were able to uncover its molecular basis. By comparing the sugar-indifferent and sugar-responding receptor sequences, they identified the modifications enabling sweet perception. "Because many amino acid residues are involved in sugar detection, we needed to analyze more than one hundred chimeric receptors to reveal the molecular mechanisms underlying the sugar responses," says Toda. Interestingly, these exact changes coincide only slightly with those seen in the distantly-related hummingbirds, even though similar areas of the receptor are modified. So, over evolutionary time, these distant bird groups converged on the same solution of re-purposing their umami taste receptors to sense sugar. However, each group modified the receptors in distinct ways to achieve the same outcome.

Based on their findings, the scientists suspect that the new sensory percept of ancestral songbirds had far-reaching effects on their subsequent evolution. In Australia, where songbirds evolved, many different sugar sources are common, including insect secretions and tree sap. Sugary food sources may have helped songbirds to spread to other continents and successfully occupy a variety of ecological niches.

Future studies now aim to learn how sweet perception has coevolved with other physiological traits, such as changes in digestion and metabolism, across bird evolution.