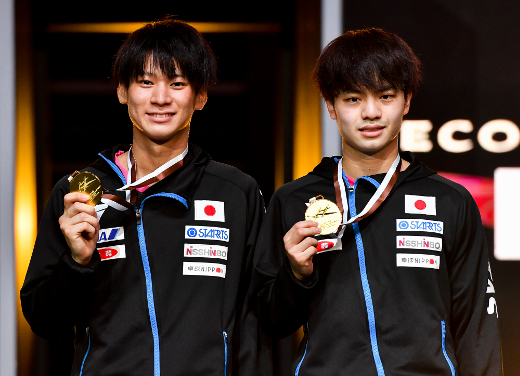 (From left) Togami and Uda, the victorious athletes
Photo by Xinhua/AFLO
Shunsuke Togami (2nd year in the School of Political Science and Economics) and Yukiya Uda (2nd year in the School of Commerce) from the Table Tennis Club, competitors in the 25th Asian Table Tennis Championships (28 September - 5 October in Doha, Qatar), achieved a stunning victory in the men’s doubles.

In the finals, they defeated Jang Woojin and Lim Jonghoon (South Korea) 3 games to 1 to emerge as the Asian champions. It was the first victory in this category by a Japanese duo in 45 years.