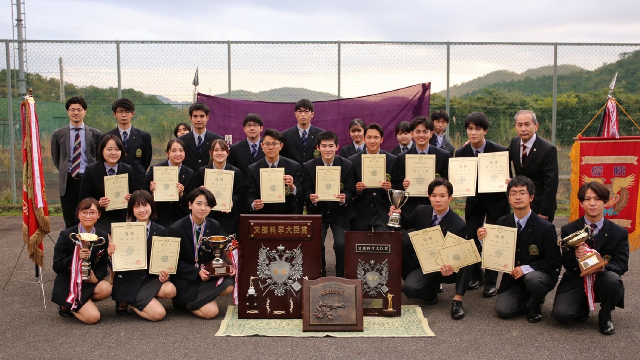 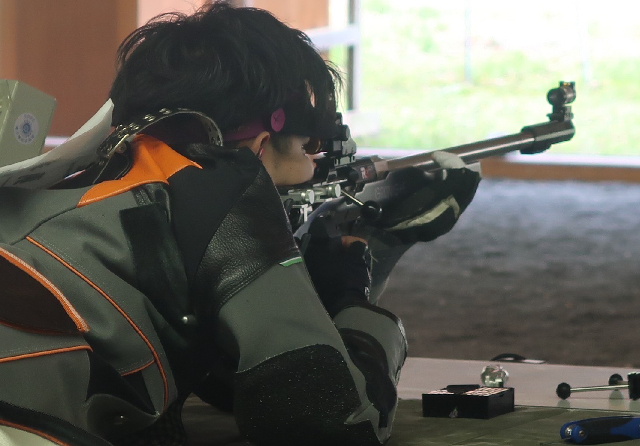 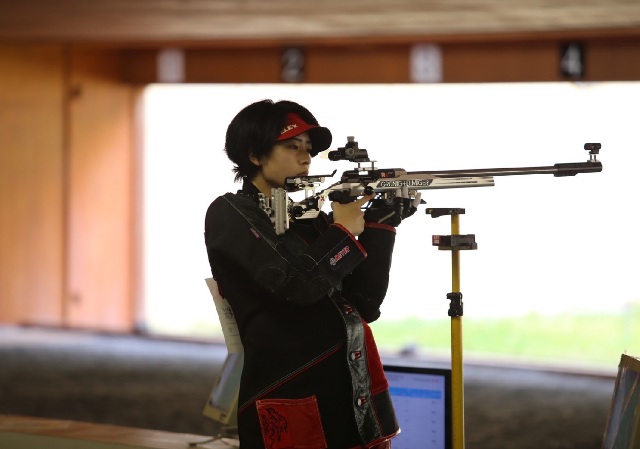 Rio Kawamoto, runner-up in the women’s three-position event
Both the men’s and women’s shooting teams won the All Japan University Sports Shooting Championship (the 69th men’s and the 35th women’s overall championships) held at the National Athletic Meet Memorial Sports Center Rifle Shooting Range (Nose-cho, Toyono-gun, Osaka) from October 13 to 16.
It was the first time in 11 years that both men and women won the overall title in the same year, with the women winning five consecutive titles and the men winning for the first time in eight years. In the individual competition, Yuto Oshio (3rd year in the School of Political Science and Economics) won the three-position event, and Rio Kawamoto (4th year in the School of Law) won the second place in the women’s three-position event.

The comments from captain Kawamoto and Head Coach Tsuba are as follows.
Captain: Rio Kawamoto
I am very happy that both men and women won the overall championships.
I think the club members who were selected as team members were under a lot of pressure because the women’s team was looking for a fifth consecutive championship and the men’s team continuing their championship wins this year.
However, I am impressed by the attitude and brilliance of all members, who were each able to fulfill their own role in such a situation.
Also, there were some members who were disappointed that they couldn’t show their abilities to the fullest, but I don’t think Meiji University could have won such proud results if any one of them was missing.
I hope that they are proud of the fact that each of them is a club member of Meiji University, that they have worked hard to demonstrate their abilities despite their high level, and that they make use of these experiences to advance to their next step.
The shooting competitions will be followed by the rookie match and the East Japan Rifle Shooting Championship. We look forward to your continued support.

Head Coach: Kyohei Tsuba
Members challenged the All Japan Championship under a lot of pressure because this season the men’s team won the all-team overall championships and the women’s team won all the other team overall championships even though they finished second in the spring Kanto round.
In addition, some of the team members who had participated in the National Athletic Meet until just before the championship had to compete in the championship in a different situation in which they had little time to prepare for it.
However, each and every one of them showed as much as they could and worked together as a team, and as a result, both men’s and women’s teams won the overall team title, including team events, and I am proud of my students as a Head Coach.
I would like to take this opportunity to express my gratitude to the university staff who support us on a daily basis, and I look forward to your continued support and encouragement.