The football club sealed the Kanto University Football League (1st division) championship. This is the first time the club has won the title in two years, since 2020, and the seventh time in total.

As of October 30, Meiji University was in first place with 44 points. With two rounds remaining, the November 5 match against Toin University of Yokohama ended in a 1-1 draw, but second-place Tokyo International University also drew with Hosei University. As a result, the football club sealed the championship, as it had opened up a five point gap ahead of second place before the final round.

Next, the football club aims to win the 71st All Japan University Football Tournament, which begins on December 8.

Comments from the head coach, Daisuke Kurita
Thank you for your continued support and encouragement of the football club.
We are proud to announce that we won the JR East Cup 2022, the 96th Kanto University Football League, for the first time in two years and the seventh time in all.
The Kanto University Football League is Japan’s premier university football league, with 12 universities competing from April to November in a round-robin tournament (first and second halves) to determine the winner.
Winning a league match is a test of one’s overall strength and proof that one is the champion of the year, as the skills, body, mind, and team that one has trained on a daily basis collide.
The players practice every morning from 6:00 a.m., and I am happy to see that all members give their all, not only on-the-pitch but also off-the-pitch (school life, league administration, personal life, pursuit of humanity, and so on), which has led to this result.
Now, the club aims to win the All Japan University Football Tournament (intercollegiate), which starts in December. This year’s intercollegiate finals will be held on January 1 (New Year’s Day) at the New National Stadium. We will do our best to advance to the final on New Year’s Day and share the joy with you all as we cover the New National Stadium in bluish purple.
We hope for your continued support.

Comment from the captain, Kotaro Hayashi
We were able to win the first division championship of the 96th Kanto University Football League.
I am very happy that we were able to carve our seventh league championship in the history of the Meiji University Football Club, which is now in its 101st year of existence.
After last year’s disappointment of missing out on the championship by a whisker, the team worked together day after day in friendly competition to make this year the year we won the championship.
However, we still have the All Japan University Football Tournament coming up in December. This year, the finals will be held on New Year’s Day at the National Stadium, a tournament that will go down in the history of university football.
We will work hard each and every day up until the start of the tournament, and as the best university in the Kanto region, we will fight humbly and not conceitedly, and we will surely win the championship.
Finally, we would like to thank all the alumni, parents, sponsors, and everyone involved at Meiji University for their continued support and encouragement.
Without your support, we could not have won this league championship. There are still many more games to come, and all of us in the club will continue to work hard to be a team that gives energy and courage.
We appreciate your continued support of the Meiji University Football Club. 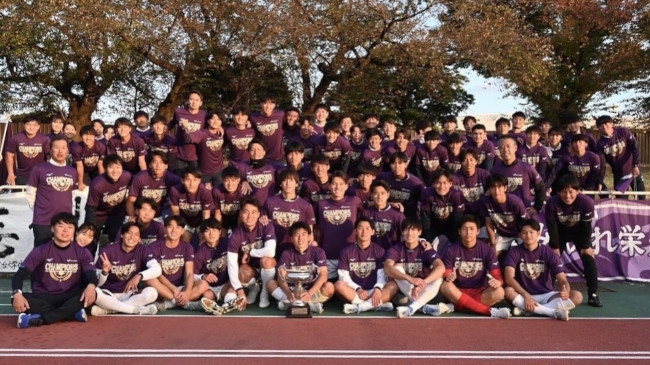 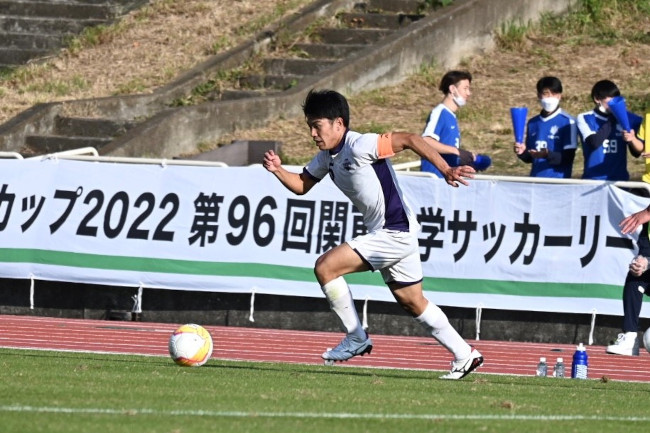