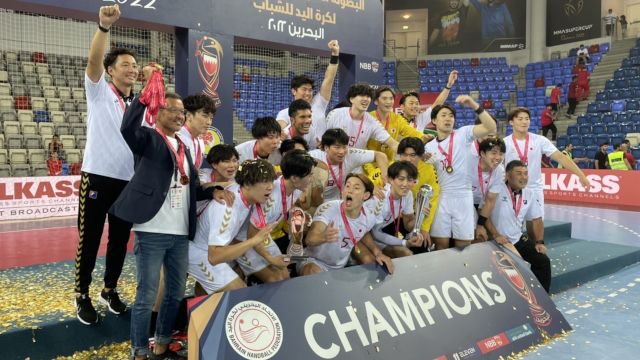 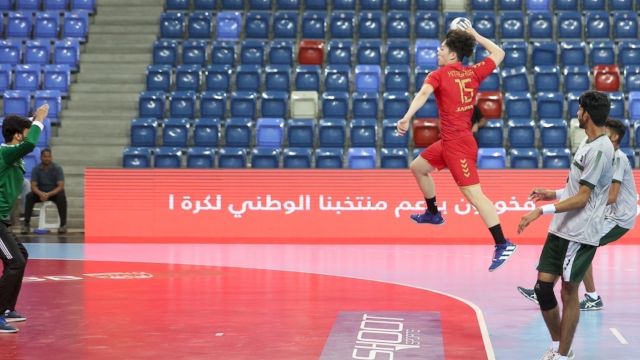 Japan won the 17th Asian Men’s Junior Handball Championship (July 15 to 24 in Bahrain), in which Kitagawa Yusei (2nd year in the School of Agriculture) from the Handball Club represented Japan.

After finishing second in the preliminary round, Japan beat Kuwait in the semifinal and Bahrain in the final, becoming the first junior men’s team to win the Asian Championship. The tournament also serves as an Asian qualifier for the men’s junior world championships to be held in Germany and Greece in June 2023, and Japan qualified for the games.

Comments from Kitagawa
“We have been training together with little practice due to the COVID-19 pandemic, aiming to become the first junior team to win the championship of the tournament. We drew with the host country, Bahrain and finished second on goal difference in the preliminary round, but beat Kuwait, who gained first place in the opposite block, in the semifinal, and held a rematch with Bahrain in the final. In an away match we had never played before with a lot of spectators, we won the Junior Championship marvelously for the first time. I am glad that I could give back to those who supported us and those who were involved.”