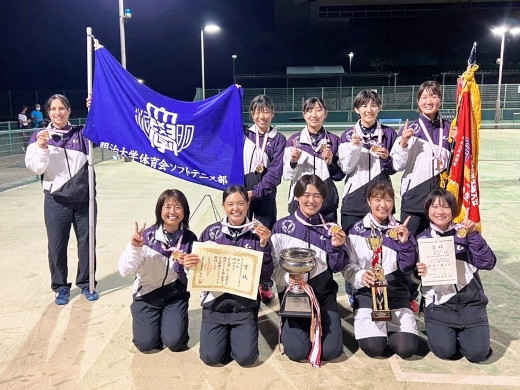 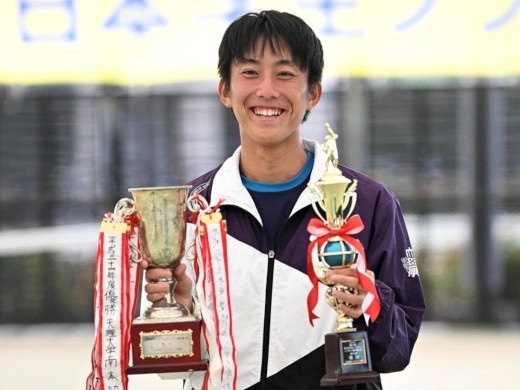 The comments from Haraguchi (captain of the winning women’s team) and Yonekawan are as follows.
Misaki Haraguchi (captain of the women’s team)
“We are very happy to achieve our goal of winning the intercollegiate championship title. Since this competition was held for the first time in three years due to the effects of the COVID-19 pandemic, I felt some anxiety that there were only three students who had experienced the championships. But, all the members were able to unite into one. I think that, despite some tough games, we won the games as a result of fighting without forgetting to attack.”
Yuuto Yonekawa (2nd year in the School of Commerce)
“Anyway, I played with the intention of working hard one game at a time. I think the reason for the victory was that I was able to fight in a conscious way in which I put priority on not making mistakes first, while running more than my opponent. It was my first individual title since I entered the university, so I’m very happy. I will do my best to win the team title next year.”
Back
News & Events