The 58th All-Japan University Rugby Championship final was held on January 9 at the National Stadium in Tokyo. The Meiji University Rugby Football Club team was defeated by Teikyo University 14-27, becoming runners-up for the twelfth time, and the first time in two years.

Meiji University, who conceded the lead in the first half, created a maul right in front of the opposing team’s goal line nine minutes into the second half and, cheered on by the crowd clapping hands, Kaito Tamori (4th year in the School of Political Science and Economics) broke free and scored the team’s first try of the match.

In the thirty-fifth minute of the second half, Rikuto Fukuda (4th year in the School of Law) scored a try, while Yuya Hirose (2nd year in the School of Commerce) kicked a successful conversion. However, their continued bold attacks were blocked by Teikyo University’s solid defense until the whistle went for no side and the match ended.

Comments from the Coach, Hiroyuki Kamitori
I would like to congratulate Teikyo University on their victory. We were beaten soundly in today’s match, but the team did really well, particularly the fourth-year players. I would like to express my gratitude for having been allowed to lead this team, and particularly to the fourth-year players. The result was disappointing, but I hope to carry the pride at having got this far into next year, and build a good team in order to keep trying. 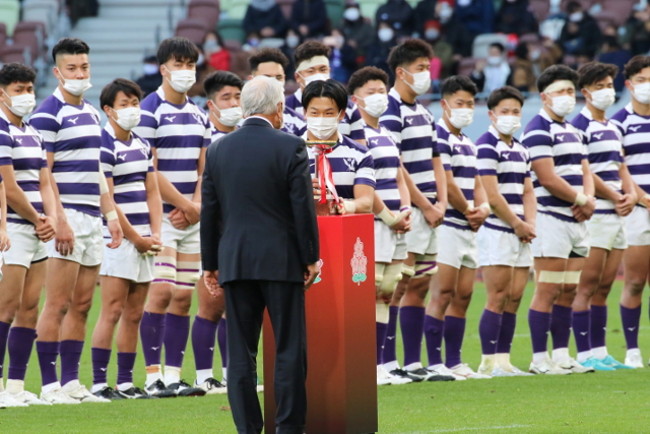 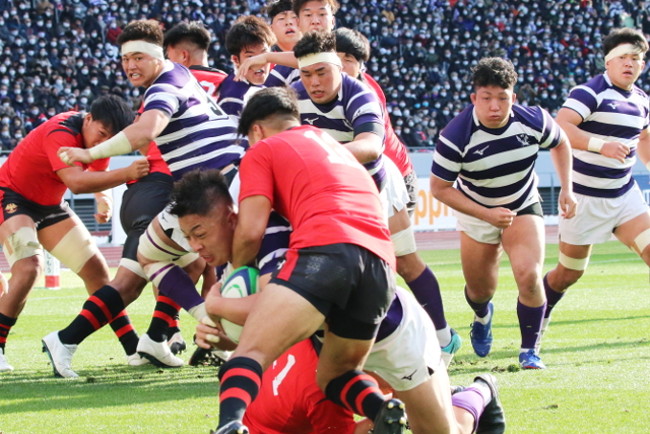 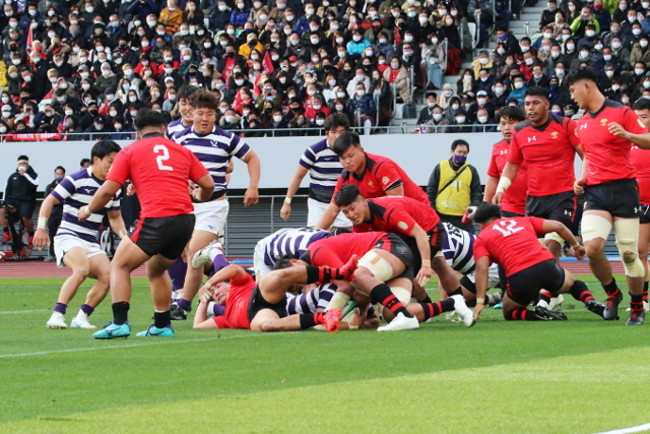 Try by Rikuto Fukuda (35th minute of the second half) 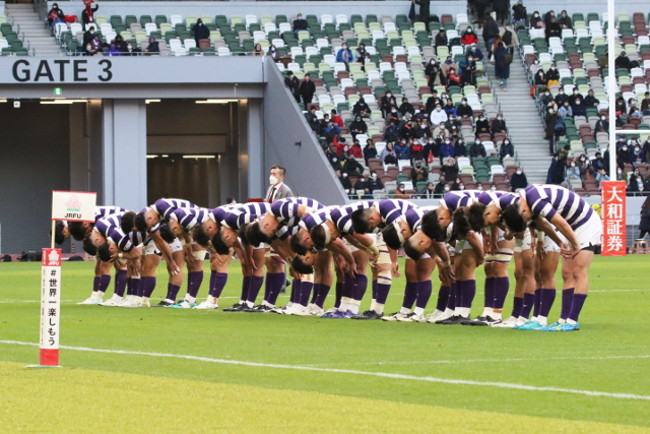