On May 23, the Meiji University Baseball Club won its 41st title in six seasons with a 1-0 victory over Rikkyo University in the third round of the Tokyo Big 6 Baseball League 2022 Spring Championship.

The match against Rikkyo University was a head-to-head competition for the championship. The third round, which began with a win and a draw, turned out to be a gripping pitchers’ duel. Although Meiji University faced a situation where the bases were loaded with one out in the top of the third inning, the starting pitcher, Minoru Makita (3rd year, School of Commerce), got out of the jam with a double play at short and did not allow the first run to score.
In the bottom of the extra 11th inning, with neither team scoring a run, Yuga Horiuchi (3rd year, School of Arts and Letters) and Rikuto Yamada (4th year, School of Law) hit and walked to create a chance, and a sacrifice fly by Kaito Minoo (4th year, School of Arts and Letters) to right field resulted in a victory for Meiji University.

In an interview after the game, Manager Takehiro Tanaka said, “Thanks to the efforts of the Tokyo Big 6 Baseball League and other officials from each school, we were able to hold the league game. We still have some games left, but I am grateful that the four universities finished their spring league games without any problems.” In addition, he encouraged the players with his humor, saying, “I will be tougher from now on, so be prepared.”

Captain Kaito Muramatsu (4th year, School of Information and Communication) said with a smile, “Regardless of whether they are in the game or not, we have worked hard to win the league title as a team, so I am happy that we got a good result.” 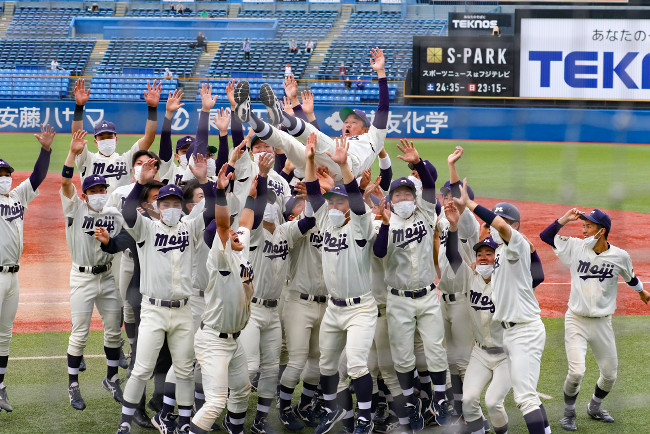 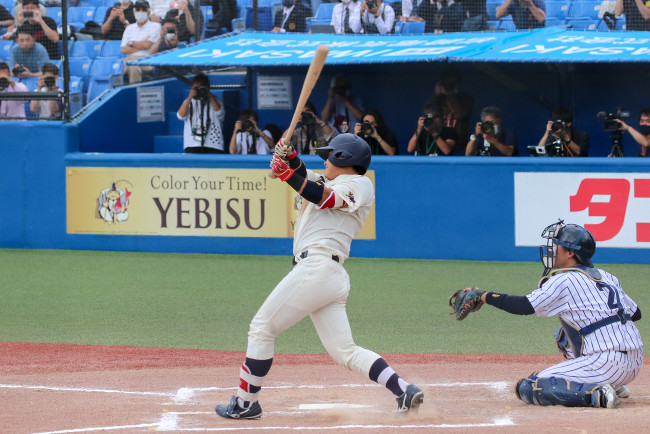 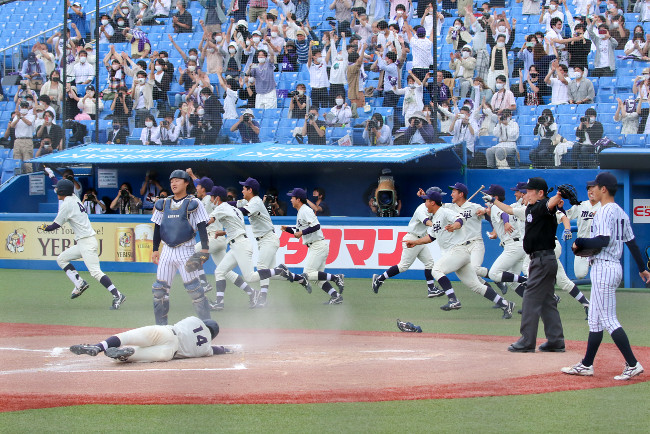 Horiuchi scores a run to a walk-off victory 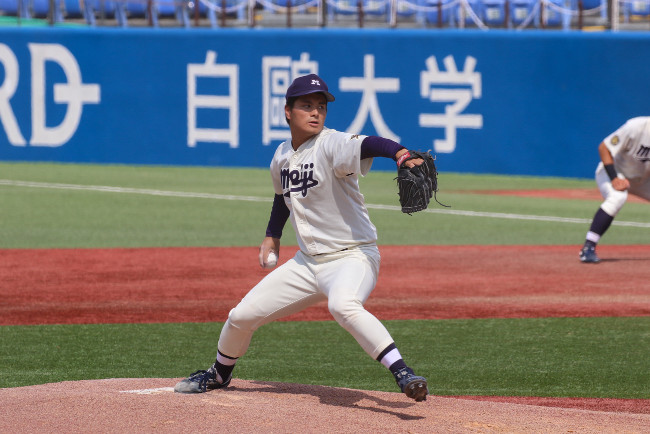