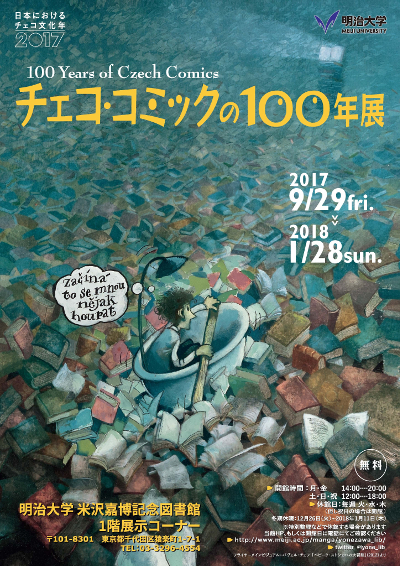 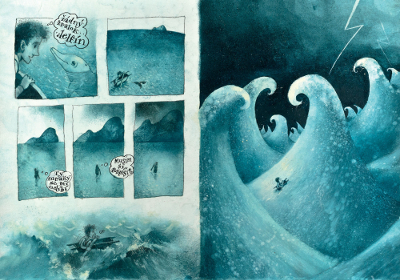 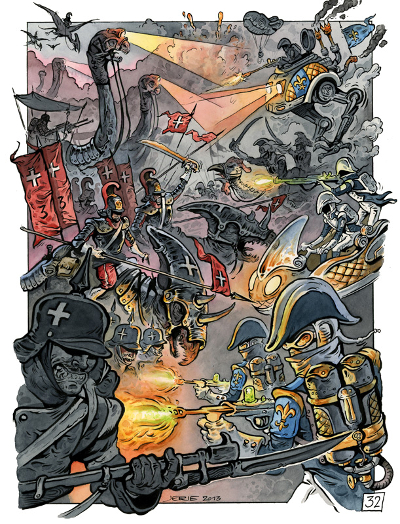 During modern years, Czech Republic’s original comic culture continued to grow. World’s comic culture, which was oppressed by long-lasting Communist reign, after being freed, was introduced to Czech Republic all at once. Amidst the stimulus and shock – for example, thanks to interaction with Franco-Belgian comics (BD), or influence of American and Japanese comics, frames were being used in illustrated books, or famous stories were remade into comics forms – new tides of comic appeared.

Our exhibition will be divided into 4 parts, in which we will introduce beginnings and history of Czech comics through magazines, comic books and other data. In each part will also be introduced a key frame (original pictures) of one Czech comics author - Pavel Čech, Karel Jerie, Lucie Lomová, Nikkarin- who is currently representing modern era of Czech comics. Please enjoy the cruise on Japan’s first small boat which is going to sail for a sea of 100 years long history of Czech comic.

Period: September 29 (Fri.), 2017 - January 28 (Sun.), 2018
* The library is closed on Tuesdays, Wednesdays, and Thursdays (the library will be open if these days fall on a national holiday)
* The library may sometimes be closed for special organization or other reasons. Please confirm by checking the library website or making an inquiry by calling during library hours.

* For more details about this exhibition, please see the Miraikan press release (Japanese) at the following URL
http://www.meiji.ac.jp/manga/yonezawa_lib/exh-czech.html