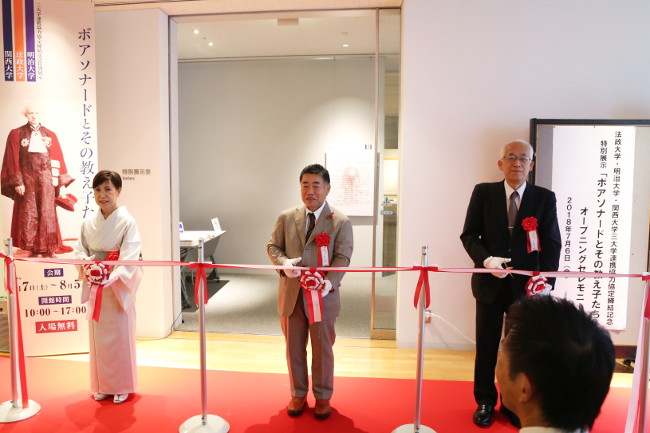 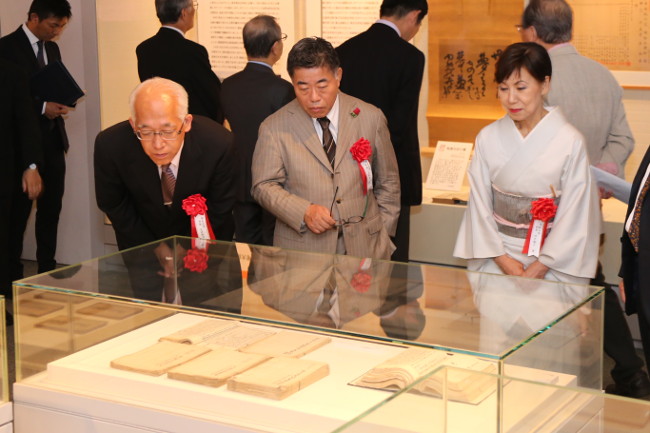 At the opening ceremony, President Tsuchiya explained that the purpose of the project was to “make the exhibition an opportunity to share consciousness while looking back at the thoughts and teachings of both Boissonade and the three universities that supported the development of modern Japan."