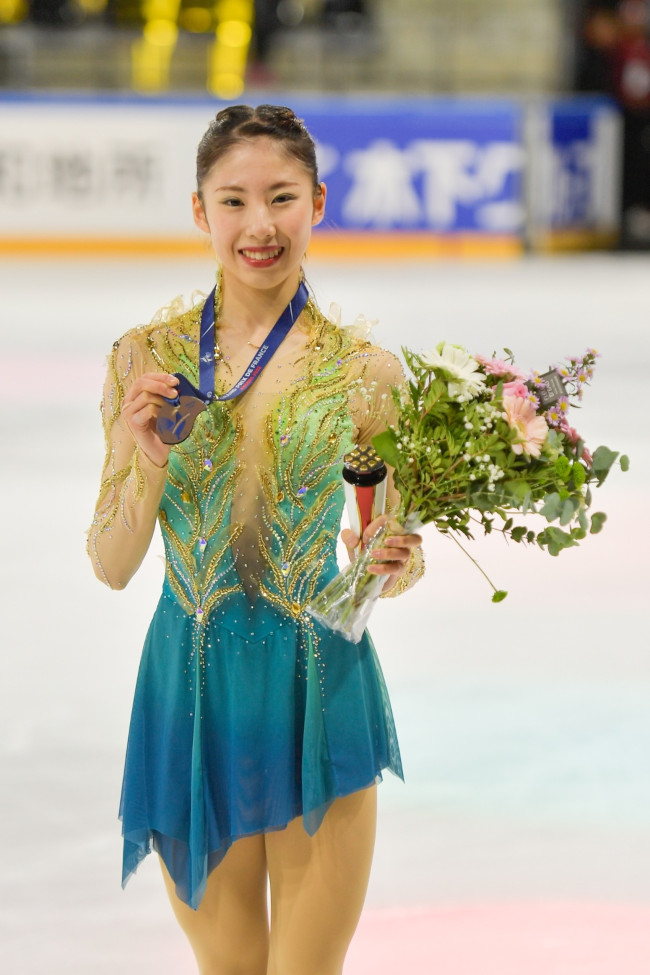 Rion Sumiyoshi placed on the podium for the second consecutive GP Series event (Photo from the Grand Prix de France)
(Photo by Raniero Corbelletti/AFLO)
Rion Sumiyoshi (1st year in the School of Commerce) of the skating club entered the women’s competition in the fifth round of the International Skating Union (ISU) Grand Prix of Figure Skating Series, the 2022 NHK Trophy held on November 18-19. She scored 125.11 in the free skate, and her total combined with the short program was 193.12, placing her in 3rd place overall.

She also placed third in the third round of the series in France on November 4-5, making it two consecutive podium finishes.
Related links
Back
News & Events