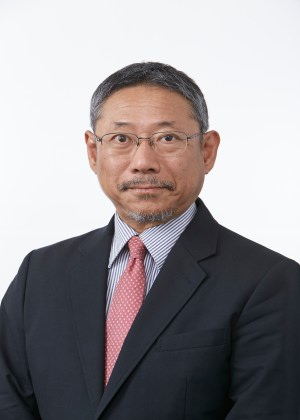 I entered graduate school some four decades ago. Back then, going to graduate school meant opting to become a researcher. Before graduating from university, I hunted around for a position at private research institutes. A job interviewer at one such institute advised me to go to graduate school and suggested that he would hire me after I received a master’s degree. This was how I made up my mind to enroll in graduate school. At an orientation session at the graduate school I had just entered, the dean told us students an anecdote about Max Weber. A professor of the history of social thought, the dean said that even Weber could not give a faculty position to his disciples at the university he worked for after their graduation. According to the dean, Weber said that becoming a faculty member was “simply a hazard” (Science as a Vocation, 1917). In short, almost all the students at the orientation must have felt they had been splashed with cold water at the very beginning. My faculty advisor encouraged me by suggesting that I stay in the library at least during the time when friends of my age are working in the office. He said that everything will be all right then – a statement that could be interpreted to mean that he would see to it.

Unlike many of my fellow students, I was given the chance to work for a private business for about eight years while remaining affiliated with the graduate school, where I eventually became a full-time researcher. In short, I just about managed to make a living in the business world as what the School calls an “advanced professional.” This could not have been possible without the economic bubble of the late 1980s. This is not to say that the skills to analyze corporate finance and government statistics I acquired as a graduate were not useful for my work. And I learned much practical knowledge from my work. However, the unexpected burst of the bubble made me realize that I did not have the ability to calmly analyze the status quo that would make it possible to predict the burst. I then recalled the aphorism made by Joan Robinson, who stated: “The purpose of studying economics is not to acquire a set of ready-made answers to economic questions, but to learn how to avoid being deceived by economists” (Marx, Marshall, and Keynes, 1955). I further recalled The End of Laissez-Faire (1926), a record of a lecture given by John Maynard Keynes, from whom Robinson learned a great deal. Keynes revealed that the maxim of laissez-faire, which was espoused by economists and dictated the real economy back then, has no scientific basis whatsoever. I want students who will start their research at the School to maintain healthy skepticism and question mainstream science and the reality it dictates.

Many scholars and experts in the social and natural sciences gave themselves away in a series of crises – the financial crisis of 2008, the Great East Japan Earthquake and the nuclear accident of 2011, the European debt crisis of 2012, and Brexit and the COVID-19 pandemic in 2020. When they were graduate students, did they ever exercise healthy skepticism with regard to theories espoused by their teachers? Did these teachers face such skepticism squarely? With some self-reproach, I commit myself to ensuring that the Graduate School of Political Science and Economics offers an intellectual milieu where students can enjoy the very process of raising their academic questions, discussing them, and exploring solutions in lectures and exercises. In this context, it may be worth mentioning the folklorist Kunio Yanagita. In his 1947 study titled “Gendai Kagaku to Iukoto” [On modern science], he criticized the Japanese learning practice of simply inheriting the arguments of your teachers. He stressed the need to take back what learning is supposed to be, that is, the “act of gaining insights by asking questions.”

Without further ado, let me be straight: Come to the Graduate School of Political Science and Economics!