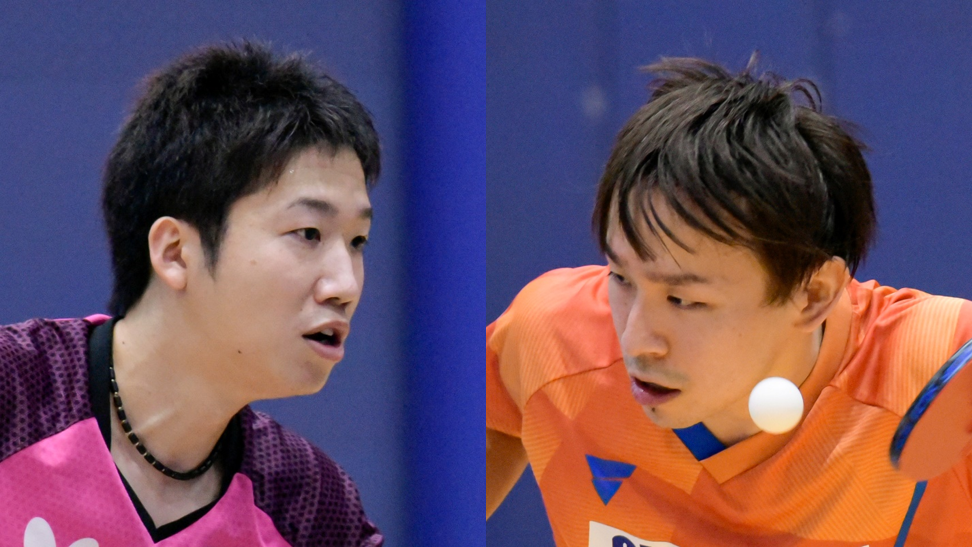 Mizutani and Niwa taking part in the “Dream Game” alumni exchange match in 2020
In the men’s team table tennis event at the Tokyo 2020 Olympics, Jun Mizutani (graduated from the School of Political Science and Economics in 2013) and Koki Niwa (graduated from the School of Political Science and Economics in 2017) took out the bronze medal.
In the team event, each team comprises three members who play one doubles match and four singles matches with the first team to win three matches being declared the winner. The Meiji University pair of Jun Mizutani and Koki Niwa took on South Korea in the bronze medal match winning the doubles match 3-1 with Tomokazu Harimoto following that up with a 3-1 win in his singles match to put Japan ahead two games to nothing.
In the second singles match, Niwa was overpowered by his opponent, but Mizutani fought back to win in straight sets 3-0 to give Japan the bronze medal 3-1.

Mizutani and Niwa won the silver medal at the 2016 Rio games in this event, which makes it the second games in a row they have won a medal.
Related links
Back
News & Events