At the press conference after the championship was decided, Manager Takehiro Tanaka said, “I think it was difficult for all the players to make adjustments due to the irregular schedule. Thus, it was significant that we managed to win two consecutive games against Rikkyo,” he said, looking back on the battle. He also expressed his enthusiasm for the upcoming Meiji Jingu Tournament, saying, “We want to play unashamedly as a representative of the six universities and do whatever it takes to win the number one position in Japan.”

Captain Kaito Muramatsu (4th year in the School of Information and Communication) said, “I am honestly happy to have won. We are here today thanks to the support of many people. First of all, I want to give thanks to everyone. We have the Jingu Tournament coming up, and we will do our best to become the top team in Japan,” he said.

The baseball club will represent the Tokyo Big 6 Baseball League at the 53rd Meiji Jingu Baseball Tournament, which starts on November 18. 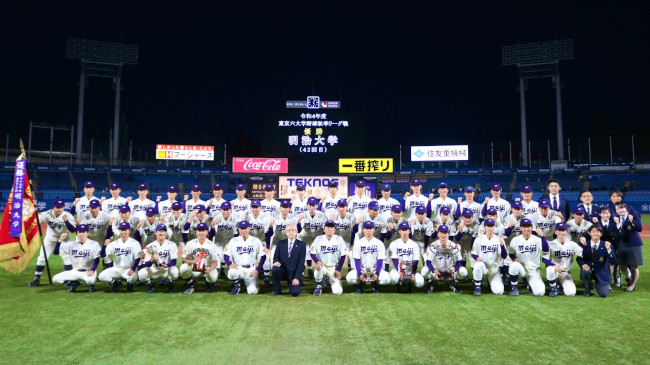 Members of the baseball club who won their 42nd championship 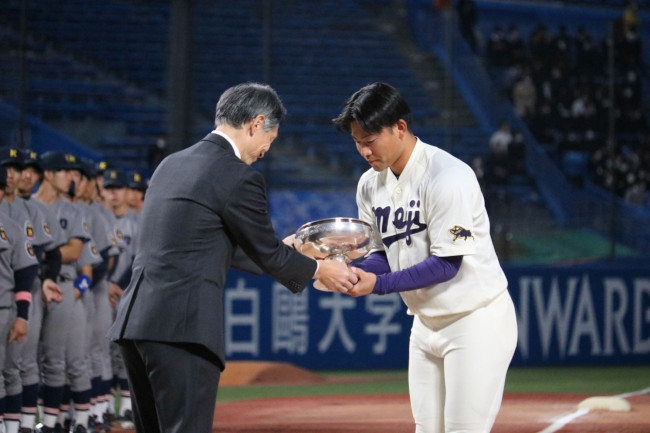 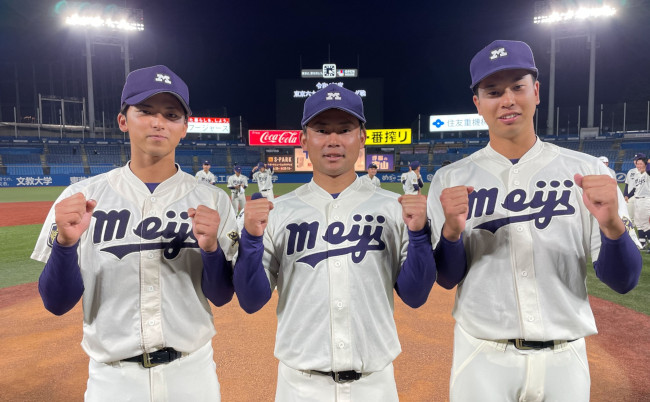