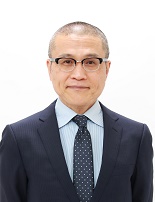 Meiji University founded the Graduate School of Global Japanese Studies in 2012, aiming to train truly global-minded graduates who can disseminate their knowledge and expertise about Japan to the world.

Traditionally, academic research about Japan has had two aspects. One is Japanese Studies, undertaken by non-Japanese people with a deep interest in Japan, beginning with Christian missionaries in the 16th century. In the modern era, Japanese studies courses were held in Europe and North American universities and then spread to other regions. It is now a widely studied field, ranging from traditional Japanese culture to Japanese pop culture.

The other traditional aspect of research is kokugaku, the study of Japan's fundamental characteristics from the perspective of Japanese people. Taking in the Japanese language, literature, and national history in modern times, it continues to evolve.

With globalization, these old divisions of research are no longer appropriate. Many Japanese people now play active roles in foreign countries, and non-Japanese people play active roles within Japan. Japanese people see how the world outside their country understands Japan, and non-Japanese people who have blended into Japan understand the country from the inside. The flow of people throughout the world has changed drastically, and society has become more complex. Global interest in Japan is now focused not only on culture but also on social systems. Social issues that stand out in Japan, such as the aging population and declining population, and problems that require global efforts, such as environmental protection and refugee acceptance, question how Japan should be from a worldwide standpoint. These new perspectives led to new research more appropriately called “Global Japanese Studies.” This is a significant change which will undoubtedly give rise to diverse and profound research into Japan and Japan’s future.

Meiji University’s Graduate School of Global Japanese Studies approaches Japanese culture and society from an international and interdisciplinary perspective, with its research base in the humanities and social sciences. We study regions of the world that have a connection to Japan. By accepting many international students in our community and conducting joint research within Japan, we diversify our perspectives on Japan and the world and disseminate the research results to the global community. For the Master's program, these research areas are Pop Culture, Media/ Social System/Internationalization, Interculturalism/Intercultural Education, Japanese Linguistics/Japanese Language Education, English Language Education, and Culture/Thought. The four Doctoral course areas are Pop Culture, Society/Information/International Relationship, Language/International Interaction, and Culture/Thought.

For example, my research field is the Japanese Linguistics and Japanese Language education. We examine the history and structure of the Japanese language, compare the differences, and analyze connections with other languages. We also look at problems that arise when teaching the Japanese language to Japanese and international students and reveal the problem of language hidden in social issues. The other study areas and study fields also approach diversified topics from broad perspectives.

I hope aspiring students will join us in this young and vibrant study area of Global Japanese Studies.