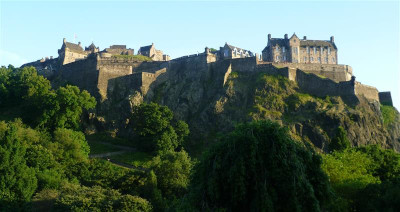 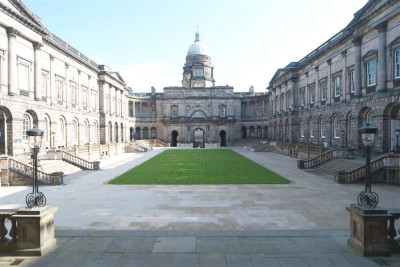 Dr. Alex Watson and Professor Rumiko Oyama discuss a new collaboration between Meiji University and the University of Edinburgh, Scotland.

Meiji University has recently signed a Memorandum of Understanding to co-operate in research and outreach activities in the field of “intermediality”.

This arrangement builds on an existing partnership with Dr. Fabien Arribert-Narce, who gave an academic talk at an event Dr. Watson organized and who is editing a scholarly essay collection in which Dr. Watson’s writing is featured. During their conversations, Dr, Arribert-Nance pointed out the many similar research interests between the School of Languages, Literatures and Cultures at the University of Edinburgh and the School of Arts and Letters at Meiji University.

In both schools, there is significant research being conducted in the discipline of intermedia: an exciting new field that investigates the links between different forms of art, literature and media. As part of the collaboration, both schools are now working together on a special publication on Roland Barthes, and, in the future, they plan workshops and special events in both Edinburgh and Tokyo, as well as a series of international publications in Japanese, French and other languages as well as in French.

According to Dr. Watson: “This collaboration offers many opportunities for staff and students at Meiji University. The University of Edinburgh is one of the world’s greatest universities, currently ranked in the 2020 QS World Rankings, and it is a world leader in the field of intermedia. There are many scholars working in Edinburgh, including Professor Penny Fielding and Dr. Alex Thomson, whose work has influenced significantly my own research. Edinburgh is also a UNESCO World Heritage site and a major culture hub, home of the biggest annual arts festival in Europe (Edinburgh International Festival). I was once a Postdoctoral researcher at the University and so I know it is a great place to visit, work and study. The future possibilities are endless.”

As well as promoting Meiji’s international research excellence, the project will build on the University’s many outstanding institutes, including the Meiji University Museum, the Yoshihiro Yonezawa Memorial Library of Manga and Subcultures and the AKU YOU Memorial Museum. It will take advantage of the University’s location in Jimbocho, in close proximity to many publishing houses, media and technology companies.

Professor Oyama adds, “Intermediality is a very diverse and flexible field so this project can involve many researchers, students and practitioners across different academic disciplines at Meiji and beyond. At the moment, the Meiji-Edinburgh collaboration has just started, so we would be very grateful to hear from further staff members who are interested in participating in the future. Dr. Watson and myself are especially grateful to the Dean of the School of Arts and Letters, Masato Goda and Prof Takehiko Daikoku, ex-Dean of the School of Information and Communication for the visionary guidance and unstinting support they have given to the launch of this project.”
Back
School of Arts and Letters