The School of Political Science and Economics – Toward a New Stage 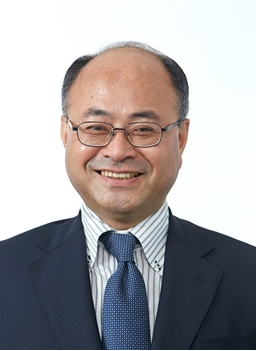 The School of Political Science and Economics Adapting Globalization

The Meiji University School of Political Science and Economics was founded way back in 1904.At the time, Japan had finally opened its doors to the rest of the world and was building a political system grounded in the newly adopted principles of democracy. Economically, it was building up its production and had embraced the national goal of catching up to the countries of Western Europe. To this end, it was importing all sorts of knowledge and technology from the West.It was under these circumstances that the School was founded as an institution where the young students and teachers of the day could acquire the expertise needed for overcoming the many difficulties and making their mark in the world. The School’s raison d’etre is elucidation of the dynamism at the base of globalization, in keeping with our fundamental conviction that economics cannot be understood without an understanding of politics, and that politics cannot be understood without an understanding of economics.
Today, many corporate enterprises are active on a global scale, and funds are constantly being sent around the world instantaneously. It has become indispensable to have a global perspective in efforts to elucidate political and economic dynamics behind problems in areas such as economic disparity, energy supply, and the environment.For this reason, we may consider ourselves to be in an age conducive to full exercise of the capabilities of the School in its further evolution.The School’s mission could be said to lie in earnest approaches to the building of societies that have the highest levels of safety and are enriched in both the material and non-material aspects for each and every one of the citizens of planet earth, amid the momentous changes brought by globalization.

The Meiji University School of Political Science and Economics has graduated many personnel who have steadily tackled real-world problems.It offers many interdisciplinary courses that tie in sociology, international cultural studies, and other fields alongside political science and economics. It is therefore fully equipped for examination of the problems and issues of the times not only from the twin perspectives of political science and economics but from multidisciplinary ones. Contemporary Japan is one of the world’s front-runners in the realms of both science and economics.It is no longer sufficient for Japan to import and emulate knowledge and expertise from other countries; we must generate new ideas and communicate them to the rest of the world. This is why the development of powers of flexible imagination by each and every Japanese national is assuming increasing importance.It is crucial for us to absorb as much as we can in various fields, and to devise ways of fusing this knowledge and linking this fusion to new insights.
Comprised of the departments of Political Science, Economics, and Local Governance, the School has readied a diversity of classes in each.It also actively encourages students to take courses in different departments.In the current curriculum, seminars are at the heart of education. Students complete course work matching the seminar theme, under the guidance of the instructor leading the seminar. Under this arrangement of education for small groups of students, the School emphasizes the production of graduates instilled with the mental flexibility to generate new ideas and outlooks.


Into a new stage

Scientific advances are inducing landmark improvements in production and information- communications technology. Countries around the world are substantially deepening ties of international partnership in the spheres of culture, politics, and economics.In this climate, societies have critical needs for global human resources who can think about and act on things on a worldwide scale instead of viewing them from a merely national standpoint. This, in turn, requires a full knowledge of the home country; solid understanding of the culture, history, politics, and economies of other countries; and powers of thought and action from a global perspective. Moreover, it is of vital importance for these people to have excellent linguistic capabilities that will serve as the foundation for active expression of their own views and full comprehension of the views of others, so that they can elicit single, coherent conclusions.
The School consequently nurtures capacities for the communication required for adaptation to the global community. It has taken the initiative in producing personnel with extensive knowledge of the culture, history, politics, and economies of other countries, and the talents for applying this knowledge.Drawing fully on the deep store of related know-how it has accumulated to date, the School is building setups for further education and research to produce such global human resources able to present insights generated by flexible ideation to the whole world. We are moving boldly into a new stage while remaining true to our founding ideals in the present.
政治経済学部トップページ(英語版)_School of Political Science and Economics